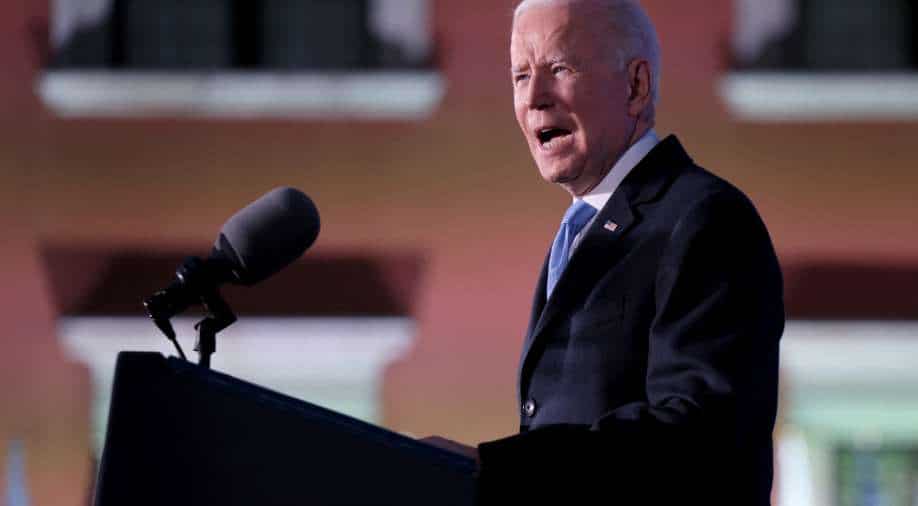 Just hours after President Joe Biden said President Putin "cannot stay in power", the White House clarified that the US president was "not discussing Putin's power in Russia, or regime change."

Biden called Putin a "butcher" as he termed the Ukraine war as a "battle for freedom" during a speech in Warsaw. "We stand with you," he told Ukraine while talking about collective defence within NATO countries.

Also Read in Pics: Why Russia's missiles in Ukraine are failing to hit the target

The US president earlier met Ukrainian foreign minister Dmytro Kuleba and defence minister Oleksii Reznikov amid heavy fighting in Ukraine as the foreign minister gave Biden a fragment of a Russian missile that struck a base in Yavoriv.

"Don't even think about moving on one single inch of NATO territory," Biden warned in his speech pointing towards the Russian president, adding, "Let there be no doubt that this war has already been a strategic failure for Russia."

Meanwhile, Ukraine said its forces had recaptured the northeast town of Trostianets near the Ukraine border. Ukraine's defence ministry declared that Trostianets in the Sumy region has been liberated from Russian occupation troops.

Reports claimed Russian forces had taken control of the town where the staff working at the Chernobyl nuclear site live. The Russians reportedly detained the mayor leading to protests in the area.

The mayor of the town was later released. The  Chernobyl nuclear plant was seized by Russian forces on February 24 as President Putin announced a "special military operation" against Ukraine.