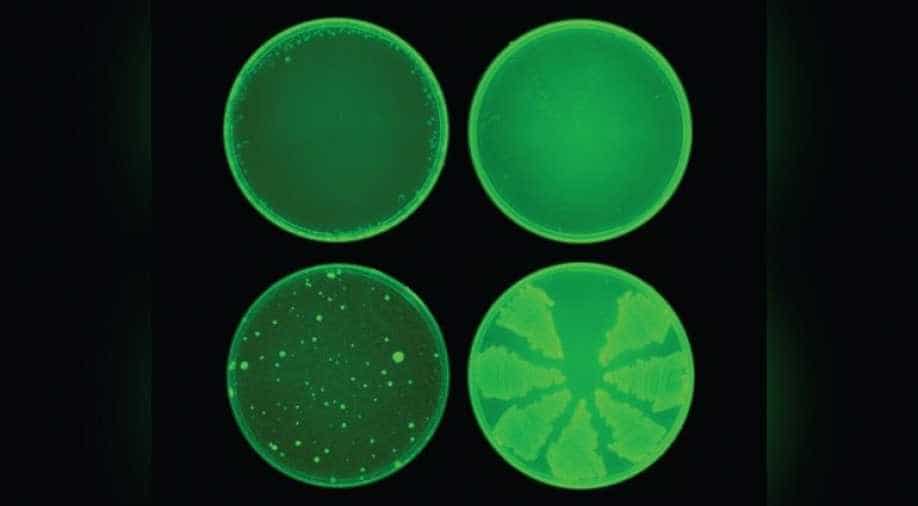 An image of the antibiotic produced by artificial intelligence (Image courtesy: MIT) Photograph:( Others )

In laboratory tests, the drug killed many of the world’s most problematic disease-causing bacteria, including some strains that are resistant to all known antibiotics.

A new antibiotic that kills some of the most dangerous drug-resistant bacteria in the world has been discovered by with the help of artificial intelligence (AI) for the first time.

This powerful antibiotic compound has been discovered by the scientists at Massachusetts Institute of Technology (MIT) with the help of a machine-learning algorithm.

It was published in the journal Cell.

In laboratory tests, the drug killed many of the world’s most problematic disease-causing bacteria, including some strains that are resistant to all known antibiotics.

The compound was named halicin by the researchers.

Tests showed that the drug wiped out a range of antibiotic-resistant strains of bacteria, including Acinetobacter baumannii and Enterobacteriaceae, two of the three high-priority pathogens that the World Health Organization ranks as ''critical'' for new antibiotics to target.

''In terms of antibiotic discovery, this is absolutely a first,'' said Regina Barzilay, a senior researcher on the project and specialist in machine learning at Massachusetts Institute of Technology (MIT).

''I think this is one of the more powerful antibiotics that has been discovered to date,” added James Collins, a bioengineer on the team at MIT. “It has remarkable activity against a broad range of antibiotic-resistant pathogens.”

To find new antibiotics, the researchers first trained a ''deep learning'' algorithm to identify the sorts of molecules that kill bacteria.

Researchers ran about 6,000 molecules through their artificial intelligence program, searching for those that could block the growth of the bug E. coli.

Tests on bacteria collected from patients showed that halicin killed Mycobacterium tuberculosis, the bug that causes TB, and strains of Enterobacteriaceae that are resistant to carbapenems, a group of antibiotics that are considered the last resort for such infections.

Halicin also cleared C difficile and multidrug-resistant Acinetobacter baumannii infections in mice as well as an untreatable strain of a bacterium that commonly strikes soldiers in Afghanistan within 24 hours.

The scientists aim to use the algorithm to design potent new antibiotics from scratch in future.