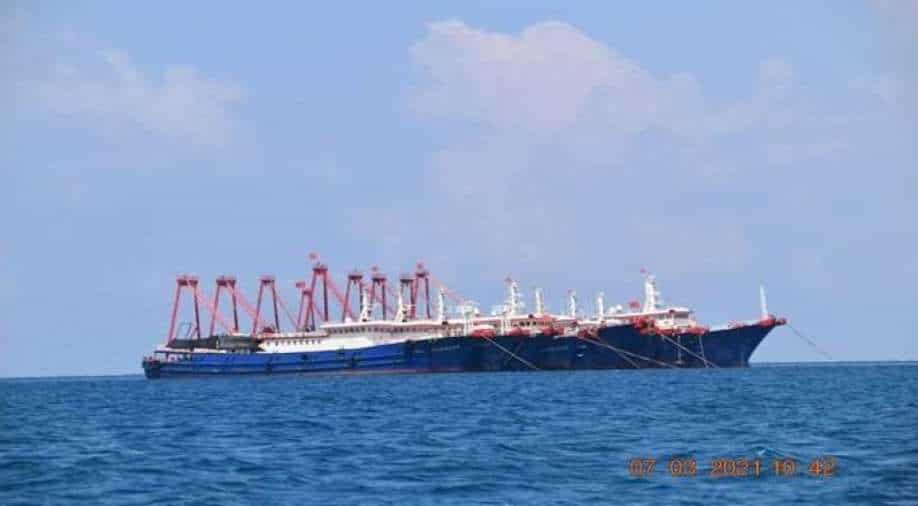 More than 200 Chinese fishing vessels believed to be crewed by militia have been spotted near a disputed reef off the Philippines, a government agency said, expressing "concern" over their presence.

It said "around 220 Chinese Maritime Militia Vessels" were in the Philippines' exclusive economic zone.

"Despite clear weather at the time, the Chinese vessels massed at the reef showed no actual fishing activities," the task force said.

The agency "notes this circumstance as a concern due to the possible overfishing and destruction of the marine environment, as well as risks to safety of navigation."

Foreign Minister Teodoro Locsin said Sunday he was "waiting for the order to fire" from the country's national security adviser and defence chief before lodging a diplomatic protest.

The Chinese embassy in Manila did not immediately respond to a request for comment.

The United States has previously accused China of using maritime militia to "intimidate, coerce and threaten other nations" over its claims to almost the entire South China Sea.

The resource-rich waterway is also contested by several countries, including the Philippines.

China has ignored a 2016 international tribunal decision that declared its assertion as without basis.

Philippine President Rodrigo Duterte, who has cosied up to Beijing since taking power in 2016, set aside the ruling in exchange for Chinese trade and investment.

He has repeatedly said conflict with China would be futile and that the Philippines would lose and suffer heavily in the process.

In 2019, the Philippines also complained after hundreds of Chinese ships were seen near Pag-asa island, also known as Thitu, which the country branded as "illegal" in a rare rebuke of Beijing.