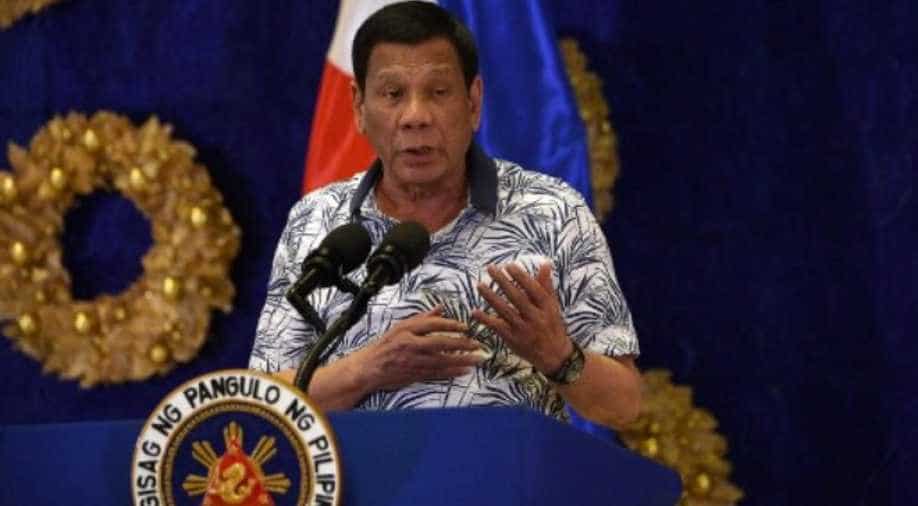 The mercurial leader reiterated his statement from last week on the use of gasoline for those without access to alcohol.

Philippines President Rodrigo Duterte on Thursday told the poor to use gasoline as "disinfectant", amid soaring number of new coronavirus infections in the country.

The mercurial leader reiterated his statement from last week on the use of gasoline for those without access to alcohol. Following his previous comment, Duterte's spokesman had claimed he was simply making a joke.

"What I said is true," Duterte said in the televised recording released to the media on Friday.

"If alcohol is not available, especially for the poor, just go to the gasoline station and pour drops of gasoline in your hands. That is disinfectant." He also sprayed alcohol in his mouth and grimaced, during the address.

Duterte on Friday kept coronavirus restrictions in the capital and other provinces until mid-August to contain the spread of the virus, which has infected nearly 90,000 and killed almost 2,000 people in the Philippines.

In a wide-ranging State of the Nation address, Duterte also admitted the government's response to the coronavirus epidemic had been "far from perfect".

Duterte had been expected to use the annual speech to lawmakers to lay out a roadmap for recovery after the economy contracted with millions of jobs lost during more than four months of a nationwide lockdown.