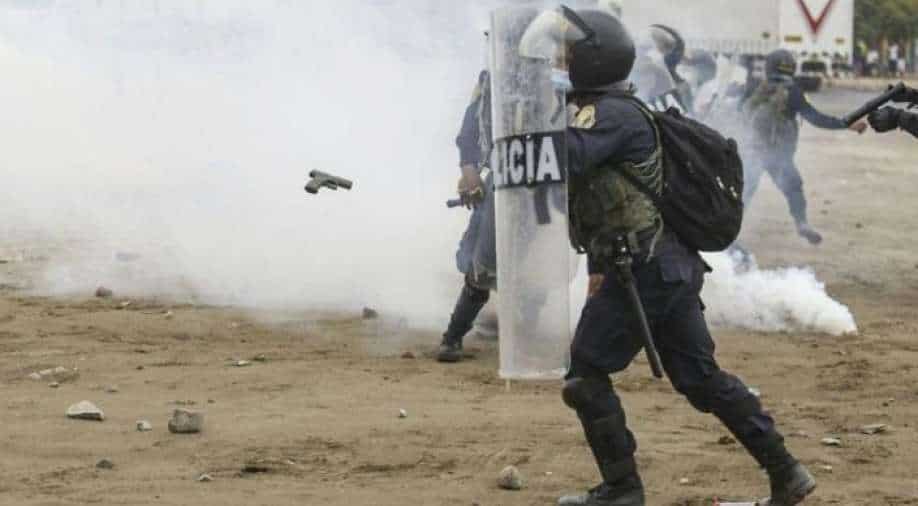 The workers are demanding an increase in wages, and also object to the passage of a new agriculture bill passed by congress last week.

Hundreds of agricultural workers were maintaining a blockade of the key Pan-American Highway in the north of Peru to protest against the death of three people in clashes with police.

The workers are demanding an increase in wages, and also object to the passage of a new agriculture bill passed by congress last week.

Authorities said three people, including one minor, were killed in clashes with police.

One of the victims died while being transferred to hospital after being held up by the roadblock.

The clashes have left 28 protesters and 36 police injured, while 45 agricultural workers were arrested.

The protesters are blocking a part of the Pan-American Highway about 500 kilometers (300 miles) north of the capital, Lima, where they had already been on strike since early last month.

The workers are angry about a bill passed by Congress on Tuesday.

They had been demanding that agricultural-export companies increase their daily wage from $11 to $18, but the bill only proposed an increase to 48 soles, around $13.

In a bid to calm tensions, President Francisco Sagasti vowed to "sanction the police that didn't respect the ban on using firearms" on protesters.

"We deplore and reject what happened in La Libertad. We condemn those who incite violence," he said on Twitter.

Sagasti also proposed dialogue to find a solution to the problem after acknowledging that the bill passed by Congress "didn't satisfy any of the parties."

"Congress approved an agrarian promotion law that does not satisfy any of the parties involved. I will convene a national agreement forum to discuss the future of the agricultural sector and other measures," he said.

In response, the workers had agreed to unblock the highway to begin dialogue on Friday, Prime Minister Violeta Bermúdez announced.

The government also announced an investigation into the deaths during the protests and said the police chief of the La Libertad region would be removed.

Rural labor protests over wages and conditions have been a feature of the Peruvian political scene in recent weeks. Since the protests broke out there have been five deaths.