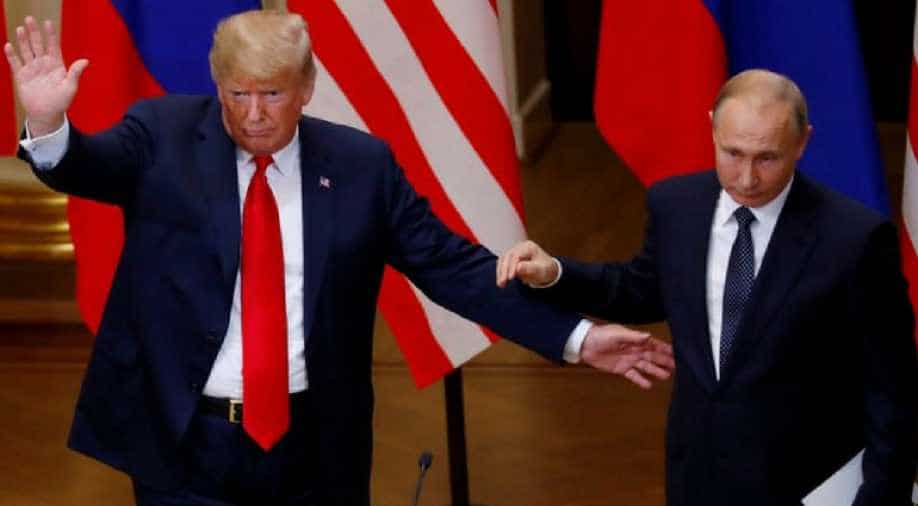 The US and other aspiring global powers need to realise that an era of multilateral relations is a reality, and dictating strategic choices to any country is unlikely to work.

In a meeting with US President Trump in Helsinki, Russian President Putin scored a diplomatic goal over Trump in context of US accusations of Russian meddling in its elections.

On return to Washington, President Trump backtracked on his widely criticised comments. But a few days later, he invited Putin to Washington for talks, despite continued economic sanctions on Russia. Such a diplomatic flip-flop is not the first one under Trump’s presidency.

Let me enumerate some other major ones, which raise a question mark on US credibility and stability of its policies:

• US and North Korea call Trump and Kim Summit a historic success - this was the only practical option because a ‘failed summit’ was not suiting either side. Later, North Korea accusing the US of using gangster-like tactics to push it towards denuclearisation indicates wide gap in expectations of both the nations.

• Trump’s ‘America First’ announcement gave a perception of ‘Inward looking America’, which marked a significant departure from global leader role. He did not take much time to withdraw from the Joint Comprehensive Plan of Action (JCPoA) with Iran, fulfilling his election promise, even at the cost of annoying its allies and strategic partners, who have critical trade relations with Iran.

• US rolled out a strong South Asia Policy to counter terrorism and also criticised Pakistan for nurturing terrorists. However, it now gives an indication of joining direct negotiations with Taliban.

How is India Affected?

US is putting pressure on India, along with other major oil consumers to stop importing oil from Iran, or face economic sanctions effective from November 4, 2018. Nikky Haley, during her visit to India, advised India to rethink its relationship with Iran, with a subtle threat of sanctions, despite knowing that the ‘Energy Security’ and ‘Chabahar Port’ are crucial for India’s core interests.

During Deputy Foreign Minister of Iran’s interaction with Indian officials in New Delhi in second week July 2018, it came out quite clearly that cooperation in key areas like crude oil supply, trade and connectivity will continue despite any pressure.

Russia is the largest supplier of military hardware to India, and a long term strategic partner. Ruling out dealings due to CAATSA with Russia and Iran is impractical for India.

The US and other aspiring global powers need to realise that an era of multilateral relations is a reality, and dictating strategic choices to any country is unlikely to work.

When most countries voted against the US on Jeruslam issue in the United Nations, despite stern warnings by US permanent representative to UN, it was clear that the theory of “Either with us or against us” will not work anymore, due to multilateral linkages among countries.

It is time for the US to realise that archaic laws like CAATSA need to be scrapped, as they are not implementable. The core interests of its strategic partners and allies need to be considered by President Trump to ensure that ‘America First’ does not lead them to ‘America Alone’.