Oil prices rise on Saudi cuts to US; Venezuela struggles to keep up exports 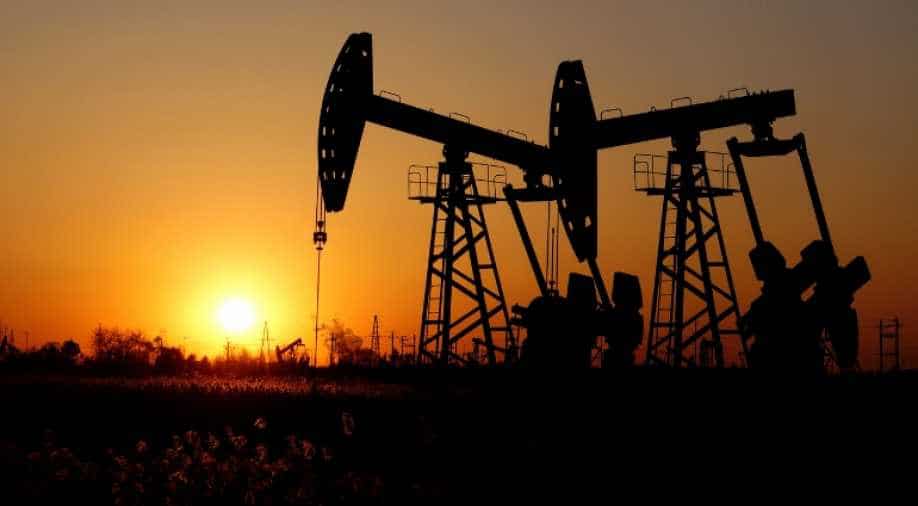 Pumpjacks are seen against the setting sun at the Daqing oil field in Heilongjiang province. Photograph:( Reuters )

The price rise came after a report from the US Energy Information Administration (EIA) on Wednesday showed a drop in Saudi crude supply to the United States.

Oil prices rose for a third day on Thursday, pushed up by lower imports into the United States amid OPEC efforts to tighten the market, and as Venezuela struggles to keep up its crude exports after Washington imposed sanctions on the nation.

The price rise came after a report from the US Energy Information Administration (EIA) on Wednesday showed a drop in Saudi crude supply to the United States.

"Crude oil prices were stronger after signs emerged that OPEC cuts are impacting trade. EIA's weekly report showed that US imports from Saudi Arabia fell by more than half from the previous week to 442,000 barrels per day (bpd). This is the second lowest level in weekly data going back to 2010," ANZ bank said.

Saudi Arabia is the de-facto leader of the Organization of the Petroleum Exporting Countries (OPEC), which together with some non-OPEC producers, including Russia, announced supply cuts late last year aimed at tightening the market and propping up prices.

Venezuela's oil inventories have started to build up at the country's ports and terminals as PDVSA is finding it cannot export crude at its usual rate due to US sanctions imposed earlier this week.

As of Wednesday, Venezuela had 25 tankers with nearly 18 million barrels of crude - representing about two weeks of the country's production - either waiting to load or expecting authorisation to set sail, shipping data showed.

Matt Stanley, a broker with Starfuels in Dubai, said the combination of US sanctions against oil producers Venezuela and Iran, the OPEC-led supply cuts, as well as hopes that the trade dispute between the United States and China could soon be resolved meant oil prices would likely rise further.

"There are just too many factors that can only cause the price to go one way and that is up," Stanley said.

Despite this, oil remains in ample supply, not least because of soaring US crude oil production, which jumped by more than 2 million bpd last year to a record 11.9 million bpd.

This shows in high US commercial crude oil stockpiles, which rose by 919,000 barrels in the week to January 25, to 445.94 million barrels, EIA data showed. Stockpiles are 6.6 per cent higher than a year ago.