Obama often did not call families of fallen soldiers: Trump 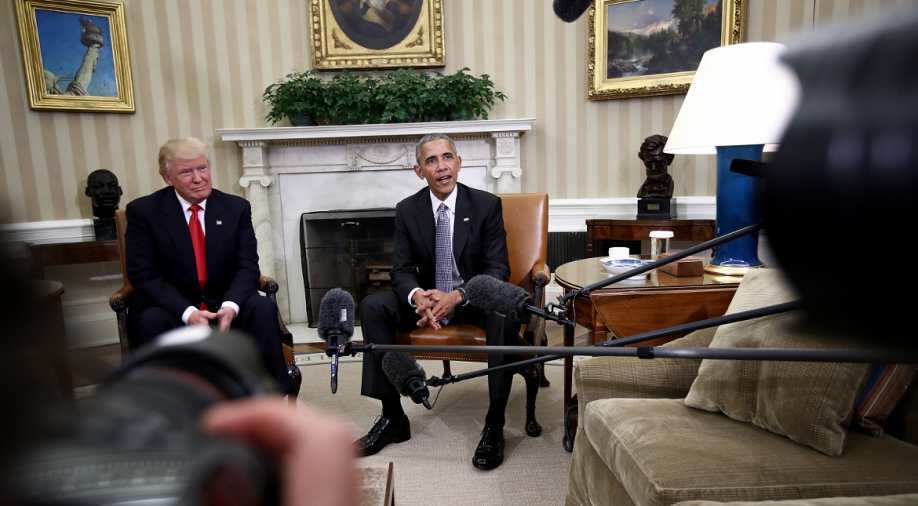 US President Donald Trump said he and Senate Majority Leader Mitch McConnell are working very closely on a number of Republican initiatives, including tax reform, and described their relationship as closer than ever, despite his own public barbs after the Senate failed to move on healthcare reform.

"We have we have been working together long and hard. We think we're in good shape for the budget, we hope," Trump said in a White House appearance with McConnell on Monday (October 16).

Trump also said that he believes Havana is responsible for a series of incidents that Washington thinks hurt at least 22 U.S. diplomats over a period of months in Cuba, prompting Washington to scale back its presence there.

He said he would write and call the families of American soldiers killed in Niger and said he was told former President Barack Obama "sometimes didn't."

President Obama, I think, probably did sometimes and maybe sometimes he didn't, I don't know, that's what I was told. All I can do, all I can do is ask my generals.

Trump also bashed his former Democratic campaign rival Hillary Clinton's recent statement that players kneeling during the National Anthem were "not against our anthem or flag." Trump said it was that sort of "thinking" that lost her the presidential race.