Now, Turkey to convert another former Istanbul church into mosque 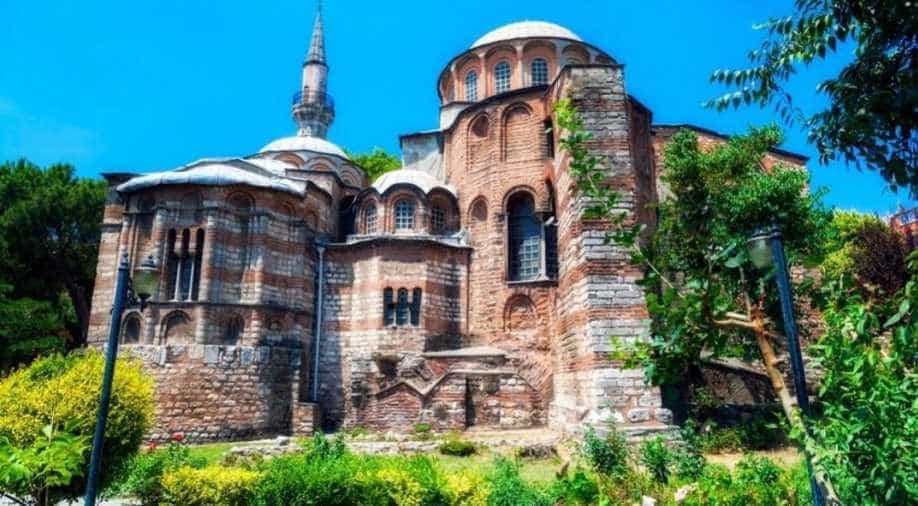 The decision to transform the Kariye Museum into a mosque came just a month after a similarly controversial conversion for the UNESCO World Heritage-recognised Hagia Sophia.

Turkish President Recep Tayyip Erdogan on Friday ordered another ancient Orthodox church that became a mosque and then a popular Istanbul museum to be turned back into a place of Muslim worship.

The decision to transform the Kariye Museum into a mosque came just a month after a similarly controversial conversion for the UNESCO World Heritage-recognised Hagia Sophia.

The 1,000-year-old building's history closely mirrors that of the Hagia Sophia, its bigger neighbour on the historic western bank of the Golden Horn on the European side of Istanbul.

The Holy Saviour in Chora was a medieval Byzantine church decorated with 14th-century frescoes of the Last Judgement that remain treasured in the Christian world.

It was originally converted into the Kariye Mosque half a century after the 1453 conquest of Constantinople by the Ottoman Turks.

It became the Kariye Museum after World War II as Turkey pushed ahead with the creation of a more secular new republic out of the ashes of the Ottoman Empire.

A group of American art historians then helped restore the original church's mosaics and opened them up for public display in 1958.

But Erdogan has in the past few years placed a greater emphasis on the battles that resulted in the defeat of Byzantium by the Ottomans.

Turkey's top administrative court approved the museum's conversion into a mosque in November.