Now, China meets India's neighbours; urges them to be 'more like Pakistan' 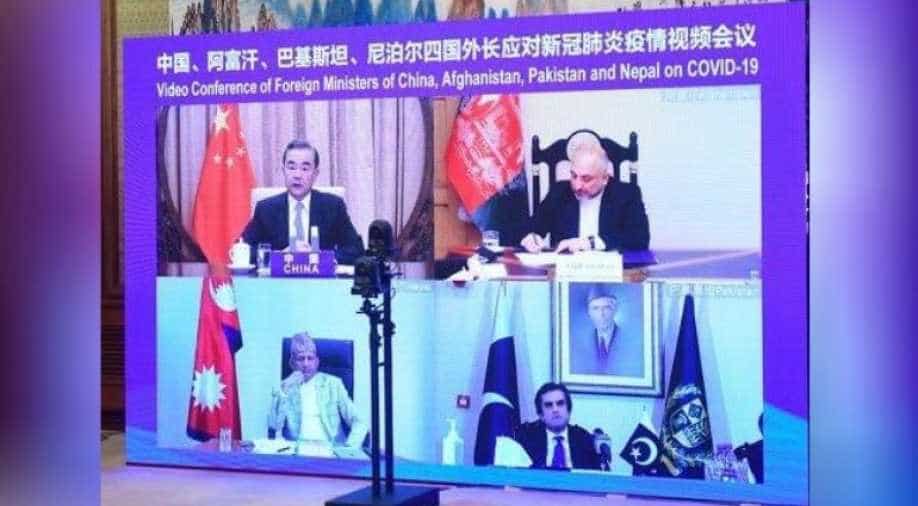 Representatives of China, Pakistan, Nepal and Afghanistan during a video conference Photograph:( Twitter )

Beijing's purpose of organising this meeting was to corner India.

China, Pakistan, Nepal and Afghanistan seem to be forging a new alliance against India.

China, the compulsive bully, Pakistan, the perpetual nuisance, Nepal, an ally gone astray, and Afghanistan, a lost cause. Each one of them has had their own differences with India from time to time.

India was the lone absentee as it wasn't extended an invitation. Beijing's purpose of organising the meeting was to corner India.

In the conference, China told Afghanistan and Nepal to be 'more like Pakistan' and follow the example of Sino-Pakistan cooperation by supporting China's Belt and Road initiative(BRI).

Chinese foreign minister urged his counterparts from Nepal and Afghanistan to ''actively promote the building of the China-Pakistan Economic Corridor''.

He also took subtle jibes at India and America while promoting four-way ties. Yi said that the four nations should share consensus in fighting the pandemic as ''good neighbours''.

He hit out at countries that had ''politicised'' the pandemic and ''undermined cooperation for their own political needs''. Wang said that such countries will be ''nailed to history's pillar of shame forever''.

It is ironic because the most shameless country of them all is talking about shame.

China flaunted its financial superiority while speaking on pandemic cooperation. Wang made an offer to entice countries.

He said that when a coronavirus vaccine is developed, China will ''improve the accessibility of vaccines to the three countries and help them strengthen their public health systems''

There's a term for such an offer by the Chinese which in English language is called a ''bribe''.