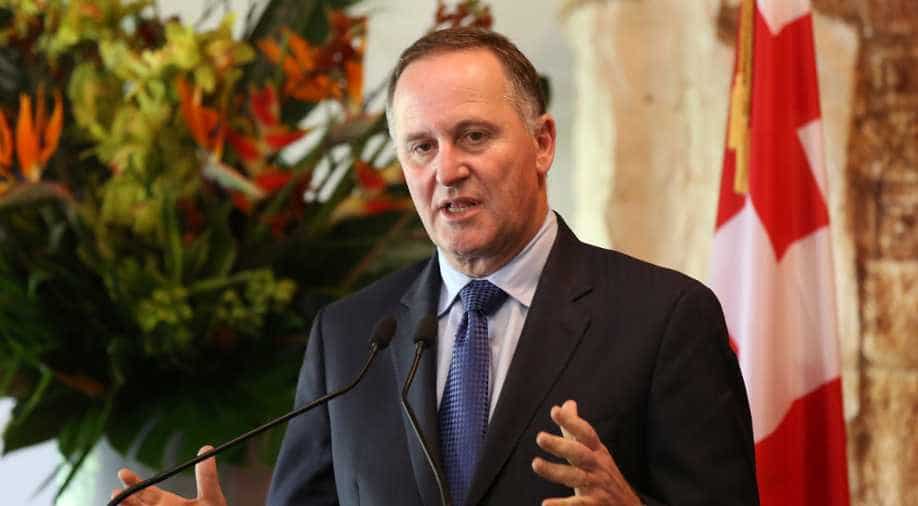 Popular New Zealand Prime Minister John Key announced his shock resignation on Monday, saying it was the right time to go after eight years in the job.

"This is the hardest decision I've ever made and I don't know what I'll do next," he told a news conference, adding that he had never seen himself as a career politician.

"Being leader of both the party and the country has been an incredible experience."

Key, a former Merrill Lynch currency trader, had recently marked his eighth anniversary as prime minister and 10th year as leader of the centre-right National Party, which is set to meet next week to elect his successor.

Deputy Prime Minister Bill English is widely seen as the favourite to take over.

"I feel like I'm going out on top," Key said, pointing to spending more time with his wife Bronagh and children Stephanie and Max as a key consideration.

"It would be easy to say I have made this decision solely to rediscover the personal and family life I once had, and that is a factor, but it is one among many," he said.

"Over the years I have observed many leaders who, in a similar position, fail to take this step. I can understand why. It is a hard job to leave.

"But, for me and the National Party, this is a good time to go. Party membership is high and the party is well-funded.

"The caucus is talented and eager to serve, and one of the achievements of which I am proud is having built with my colleagues a Cabinet team that is capable, committed and cohesive. That is a great legacy for National’s next leader."

He won plaudits for his leadership during a string of crises in his first term, including a devastating earthquake in Christchurch in February 2011 which claimed 185 lives.

He also steadied the economy after the Global Financial Crisis without resorting to hard-line spending cuts, instead, taking a steady, pragmatic approach that saw the budget return to surplus for the first time since 2008.