New York to spend $65 million to rescue cab drivers. Is it enough? 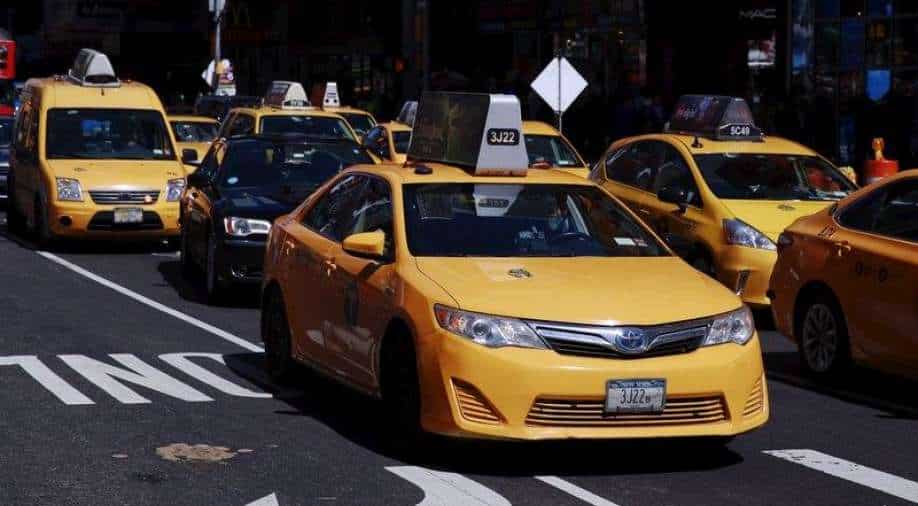 On Tuesday, for the first time, the city announced a concrete plan to aid the drivers, who have been battered even more by the pandemic.

For years, a generation of New York City taxi drivers who wanted to own their cabs were channeled into exploitative loans that left them deeply in debt, or even bankrupt. The city, which reaped hundreds of millions of dollars from the practice, ignored their plight.

On Tuesday, for the first time, the city announced a concrete plan to aid the drivers, who have been battered even more by the pandemic.

Mayor Bill de Blasio announced a plan to spend $65 million of the money that the city expects to receive from the federal stimulus package to help restructure the loans that drivers obtained to buy medallions, the city permits that let them own their cabs.

The plan was not the full bailout that taxi drivers had wanted. It would still leave them in debt, with large monthly payments. But if successful, the program could eliminate hundreds of millions of dollars owed by drivers who fell victim to abusive lending practices and then were further devastated by the emergence of ride-hailing companies such as Uber and Lyft and a big dip in passengers during the coronavirus outbreak.

“This new plan will be a difference-maker for many, many drivers,” de Blasio said during a news conference.

Critics, however, immediately took aim at the plan, saying it did not nearly go far enough.

“The mayor’s proposal is a disgrace and fails to deliver the significant relief drivers deserve,” said city comptroller Scott Stringer, who has endorsed a more ambitious proposal that could forgive much more debt with less city money. “There is no excuse not to address the crisis with a real solution. We have the means — we just need the will to meaningfully act.”

Still, the new plan marks the most significant step toward helping the city’s cab drivers since a spate of suicides drew global attention to their financial struggles in 2018 and 2019.

As The New York Times reported in a series of articles, a group of taxi industry leaders had artificially inflated the price of a medallion to more than $1 million from about $200,000. They channeled immigrant drivers into loans they could not afford, creating a buying spree that drove up the price of the permits, and then extracted hundreds of millions of dollars before the bubble burst.

During the bubble, government officials worsened the problems by exempting the industry from regulations. The city also chose to fill budget gaps by selling medallions and running ads promoting the permits as “better than the stock market.”

The city could still face a lawsuit from state Attorney General Letitia James, whose office investigated the crisis in response to The Times' series and found the city was chiefly responsible. James announced last year that unless the city bailed out cab drivers, she would sue the city for $810 million and give it to drivers. Her office did not respond to a request for comment about whether the mayor’s plan answered her findings.

Taxi industry leaders have long denied wrongdoing, describing their tactics as normal business practices and noting that regulators approved their methods. They have blamed the industry’s financial crisis exclusively on ride-hailing companies.

In recent years, competition from Uber, Lyft and other companies has reduced the amount of revenue that cab drivers can make by driving. And in the past year, the pandemic has almost entirely crippled the industry, leading many drivers to stop working entirely.

As of January, the latest month for which data is available, revenue for the industry was down 80% over the same month a year earlier. That was better than in the worst days of the pandemic in New York in March and April — but not by much.

Many drivers who own their cabs have gotten by because of the federal government’s enhanced unemployment program, as well as assistance from the Paycheck Protection Program, neither of which will provide support on a long-term basis.

The new plan from City Hall, called the Taxi Medallion Owner-Driver Relief Fund, will provide up to $29,000 in no-interest loans to each of the estimated 3,000 drivers who purchased their own medallion. (Thousands of other drivers work for large fleets that control more than 5,000 other medallions.)

The city’s plan is not nearly enough to bail out the drivers, who each owe about $500,000 in loans on average. But it is expected to be enough to allow drivers to strike deals with their lenders, many of which are eager to recoup as much debt as quickly as possible.

Several lenders — including the largest holder of medallion loans, private equity firm Marblegate Asset Management — have already indicated that they would be willing to whittle loans to a range of about $250,000 to $300,000 in exchange for a down payment.

On Tuesday, a Marblegate spokesman applauded the plan. “This proposal recognizes that taxis are a critical part of New York City’s infrastructure, and provides owner-drivers meaningful relief that will help them restructure their loans — lowering their monthly payments and bolstering their economic prospects, while stabilizing the industry,” he said.

Aloysee Heredia Jarmoszuk, head of the city’s Taxi and Limousine Commission, which oversees the industry, said during the news conference that she had already spoken with several lenders.

“I expect the lenders will participate,” said Heredia Jarmoszuk, who was appointed by the mayor last year in part to fix the crisis. “We believe this program is a win-win for everyone.”

Advocates for taxi drivers said they, too, expect lenders to participate. But they said that was because the plan was a windfall for the banks without helping the drivers.

“All that this plan is going to do is going to get immediate cash into the hands of the lenders, while the risk remains on the borrowers’ necks,” said Bhairavi Desai, head of the Taxi Workers Alliance, which represents drivers. “This is absolutely a bailout — for the lenders. It does nothing to help the borrowers.”

Several members of the City Council also criticized the mayor’s plan, saying they had not been consulted before it was announced. Stephen Levin, a Brooklyn Democratic councilman who served on a task force that studied the issue last year, said the task force’s original plan would have provided much more relief at a lower cost.

That plan would have created a public-private partnership to raise money to help drivers.

“This is a huge missed opportunity,” Levin said. “But I am glad they are doing something.”