A runway is being designed at Dara Sakor International Airport near the southwestern coast of Cambodia by a Chinese company, with a close turning bay. A design that fighter jet pilots often use. The question that arises is China planning to use the country as a military base? #Cambodia #CambodianJungle #ChinaMilitarybase

The New York Times report indicates that China may have lured the south-east state of Cambodia into its South China Sea ambitions.

According to the New York Times, massive construction work is underway at the Dara Sakor international airport in the southern tip of Cambodia aided by China.

The new airstrip has a peculiar feature - a tight turning bay which is usually seen in a military base, not a civilian airport. The New York Times report indicates that China may have lured the south-east state of Cambodia into its South China Sea ambitions.

The report states that adjacent to the airstrip is a deep sea port both built by a politically connected Chinese company. The company reportedly has a 99-year lease that effectively gives it control of 20 per cent of Cambodia's coastline. 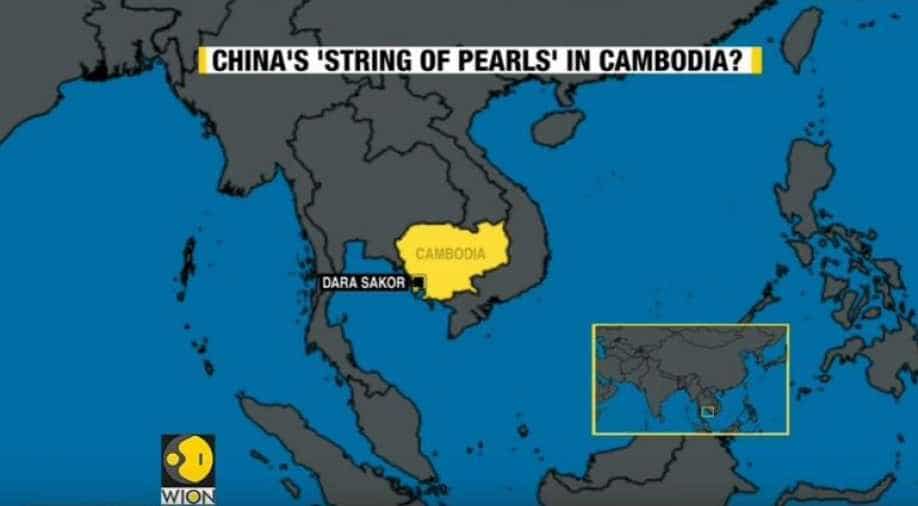 The company in question is called union development group, the report indicates. NYT says it has no other operations anywhere in the world. The report quoted a Pentagon spokesperson being concerned about the twin projects.

However, the Cambodian government claims it is a civil aviation authority project. In fact, China has more military designs in Cambodia. Fifty miles from Dara Sakor is the ream naval base -  the largest base in Cambodia.

There was reportedly no open bidding process for the land and the company was allegedly granted a concession that was three times the legal limit.

A Wall Street Journal report in July had hinted earlier that an agreement had given China exclusive rights to operate the port for 30 years. The report is further bolstered by the fact that Cambodia rejected American help to refurbish training facilities on the port.