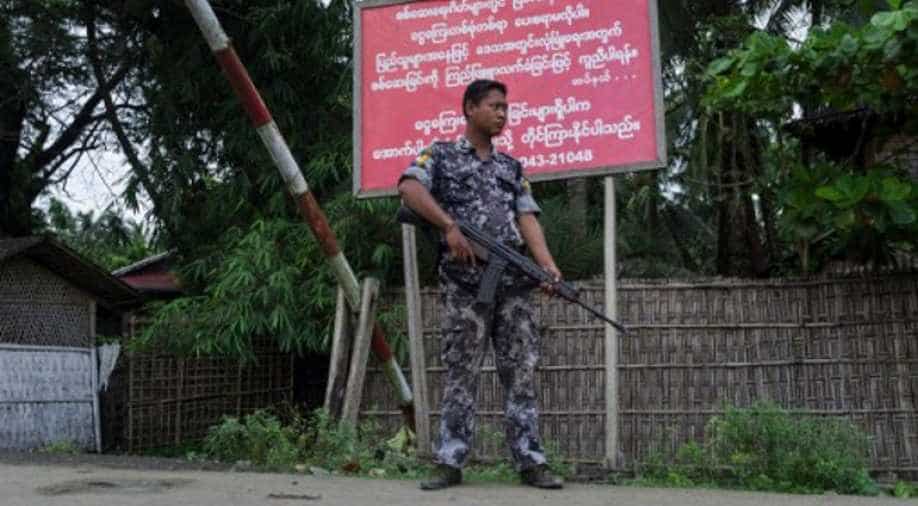 Myanmar's plans to arm and train non-Muslim residents in the troubled north of Rakhine State is likely to "aggravate an already dire human rights situation", the International Commission of Jurists, a human rights watchdog, has said.

Soldiers have flooded the Maungdaw area along Myanmar's frontier with Bangladesh in Rakhine in response to coordinated attacks on three border posts on October 9 in which nine police officers were killed.

The government said a group of some 400 Rohingya Muslim militants attacked the posts. It has said five soldiers and at least 33 suspected insurgents have been killed in the military operation since then.

Security forces have blocked access to aid workers and most journalists to the area. Rohingya Muslims have accused the army of summary executions, rapes and setting fire to homes of civilians. The government and the military deny that.

Rakhine State police chief Colonel Sein Lwin told Reuters this week his force had started recruiting new "regional police" from among the ethnic Rakhine and other non-Muslim ethnic minorities in the area.

"Establishing an armed, untrained, unaccountable force drawn from only one community in the midst of serious ethnic tensions and violence is a recipe for disaster," said Sam Zarifi, ICJ`s Asia Director, said in a statement on Friday.

Min Aung, a minister in the Rakhine State parliament and a member of Myanmar leader Aung San Suu Kyi's National League for Democracy, said this week the recruits would help protect residents from the militants behind the October 9 attacks.

Deputy commander of Rakhine police, Colonel Thit San, contacted by Reuters on Saturday, rejected the criticism, saying there will be no problems with the force as it would be under police command.

"We already did that training previously, that is normal police recruitment as five or six times before, there were no problems then," said Thit San.

Only citizens would be eligible to sign up for the police training, officials said, ruling out the 1.1 million Rohingyas living in Rakhine State, who are denied citizenship in Myanmar as they are regarded as illegal immigrants from Bangladesh.

Initially, 100 recruits aged between 18 and 35 would undergo an accelerated 16-week training programme, beginning in state capital Sittwe this month, police said, adding they would be given weapons and other equipment "like police".

Ethnic Rakhine political leaders have urged the government to arm Buddhists against what they say is rising militancy among the Rohingya.

The ICJ said such force would lack the training and oversight to perform policing functions in accordance with human rights and professional policing standards.

It said there seemed to be no "accountability mechanism" in place to deal with instances of misconduct and abuses, calling for establishment of a professional police force.