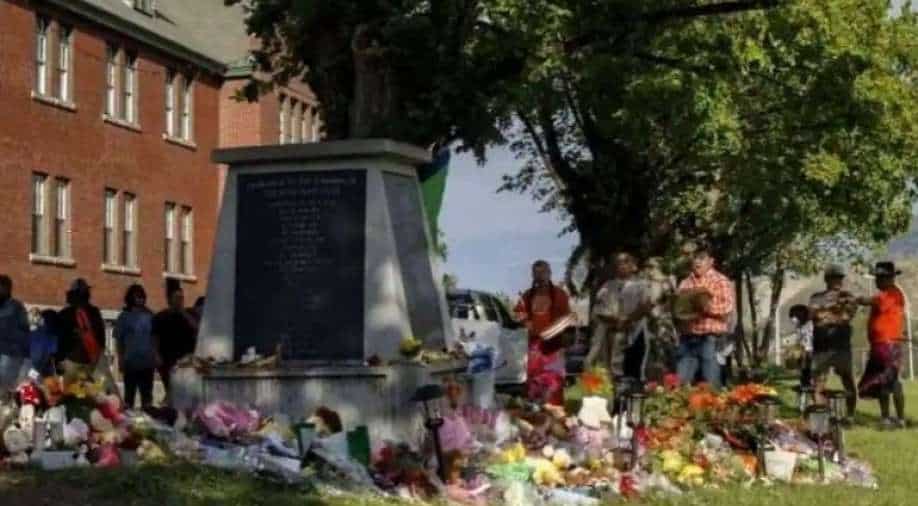 People at the former Kamloops Indian Residential School, where remains of the 215 children, were discovered buried near the facility, in Kamloops, British Columbia, Canada (file photo). Photograph:( AFP )

Over 160 unmarked graves have been found in British Columbia’s Southern Gulf Islands. It was once home to the Kuper Island Residential School, which has been regarded by several inmates as 'Canada's Alcatraz’, said Penelakut Tribe

More than 160 'undocumented and unmarked' graves have been found in British Columbia’s Southern Gulf Islands, once home to the Kuper Island Residential School, said Penelakut Tribe.

This latest discovery has come up in continuation to other similar findings in British Columbia as well as in Saskatchewan province.

Also Read: Hundreds of unmarked graves found at another Indigenous school in Canada

In a statement posted by the neighbouring Cowichan Tribes on its Facebook page, the Penelakut Tribe said, "It is impossible to get over acts of genocide and human rights violations. Healing is an ongoing process, and sometimes it goes well, and sometimes, we lose more people because the burden is too great.”

“We are at another point in time where we must face the trauma because of these acts of genocide. Each time we do, it is possible to heal a little more," added the tribe in the statement.

Also Read: Trudeau says Canada must 'learn from our past' after school graves found

Survivors of the Kuper School regarded it as 'Canada's Alcatraz’, as per a 1997 documentary posted on YouTube and produced with funding from the federal government.

In recent weeks, hundreds of unmarked graves have been discovered. Several investigations have also been initiated with the help of ground-penetrating radar on the grounds of former residential schools across the country.