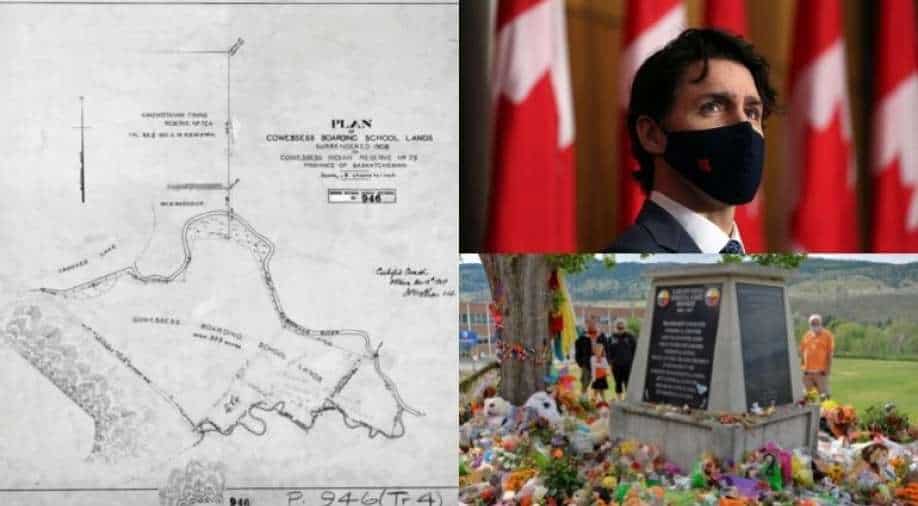 Canada's Truth and Reconciliation Commission, which published a report that found the country's residential school system amounted to cultural genocide, has said a cemetery was left on the Marieval site after the school building was demolished

Prime Minister Justin Trudeau said Thursday that Canada needed to acknowledge its history of racism against indigenous peoples in order to "build a better future" after a new discovery of unmarked graves at a former boarding school for indigenous youth.

He called the discoveries in British Columbia and Saskatchewan provinces "a shameful reminder of the systemic racism, discrimination, and injustice that indigenous peoples have faced, and continue to face, in this country."

"Together, we must acknowledge this truth, learn from our past, and walk the shared path of reconciliation, so we can build a better future," he said, after the revelation of more than 750 unmarked graves at the Marieval school in Saskatchewan.

The residential school system, which operated between 1831 and 1996, removed about 150,000 indigenous children from their families and brought them to Christian residential schools run on behalf of the federal government.

Canada's Truth and Reconciliation Commission, which published a report that found the country's residential school system amounted to cultural genocide, has said a cemetery was left on the Marieval site after the school building was demolished.

Cowessess First Nation has been in touch with the local Catholic archdiocese and Delorme said he is optimistic they will provide records allowing them to identify the remains.

"We have full faith that the Roman Catholic Church will release our records. They haven't told us 'No.' We just don't have them yet."

The Cowessess First Nation began a ground-penetrating radar search on June 2, after the discovery of 215 unmarked graves at the Kamloops Residential School in British Columbia outraged the country.

The Kamloops discovery reopened old wounds in Canada about the lack of information and accountability around the residential school system, which forcibly separated indigenous children from their families and subjected them to malnutrition and physical and sexual abuse.

Pope Francis said in early June that he was pained by the Kamloops revelation and called for respect for the rights and cultures of native peoples. But he stopped short of the direct apology some Canadians had demanded.