McDonald's CEO forced out over 'consensual relationship' with employee 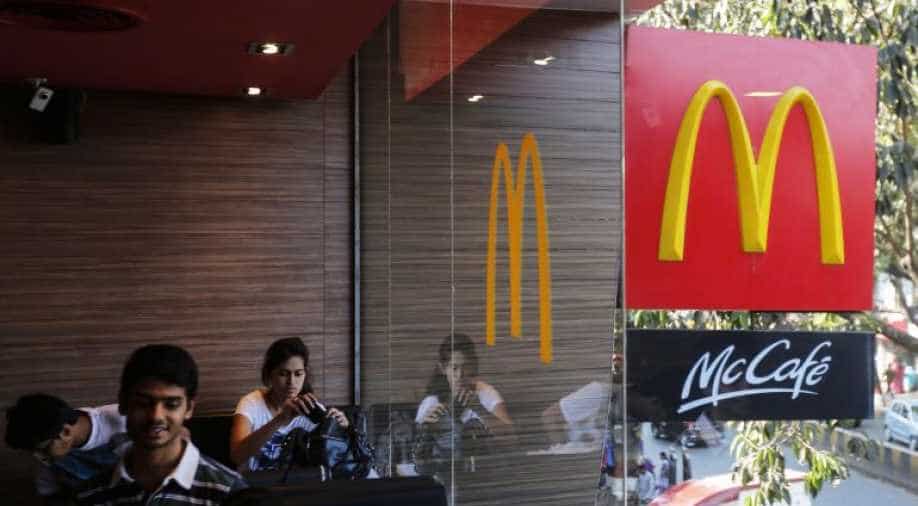 File photo: Visitors are seen at a McDonald's restaurant in Mumbai.  Photograph:( Reuters )

"Easterbrook... has separated from the company following the board's determination that he violated company policy and demonstrated poor judgment involving a recent consensual relationship with an employee," the company said in a statement.

McDonald's announced Sunday that its president and CEO Steve Easterbrook was forced out after showing "poor judgment" by engaging in a "consensual relationship" with an employee.

He was replaced by Chris Kempczinski, the president of McDonald's USA. Kempczinski was also elected to the board of directors.

"Easterbrook... has separated from the company following the board's determination that he violated company policy and demonstrated poor judgment involving a recent consensual relationship with an employee," the company said in a statement.

"The company confirms that this leadership transition is unrelated to the company's operational or financial performance."

In an email to McDonald's employees, Easterbrook said his relationship was "a mistake" that violated company policy.

"Given the values of the company, I agree with the board that it is time for me to move on," the email said.

Joe Erlinger, president of international operated markets, will take over as head of McDonald's USA, the company said.

In its most recent earnings report, on October 22, McDonald's said profits dipped 1.8 percent in the third quarter from the year-ago period to $1.6 billion.

The fast-food giant notched a healthy 5.9 percent increase in global comparable sales, including a solid rise in the United States.

But profits were pressured by increased spending on technology and research and development.

McDonald's has invested heavily in home delivery and mobile pay initiatives in recent years, and in 2019 has unveiled a number of acquisitions to boost its drive-through operation.

'The plan is working'

Kempczinski told The Wall Street Journal on Sunday that he plans to continue the focus on technology.

"There isn't going to be some radical, strategic shift. The plan is working," he said.

Easterbrook had served as chief executive since 2015. Under his leadership, McDonald's share price doubled, but he was unable to stop a decline in sales.

Like other fast food chains, McDonald's is facing headwinds as consumers seek out healthier dining options.

Easterbrook's pay as CEO rose with McDonald's share price, which closed last week at $194. His compensation hit a peak in 2017 at $21.8 million, including $9.1 million in incentive-based pay, the Journal said.

Workplace relationships have cost a number of CEOs their jobs in recent years, and the topic has become even more sensitive amid the #MeToo movement.

In 2016, Priceline CEO Darren Huston stepped down for the same reason, as did BestBuy CEO Brian Dunn in 2012.