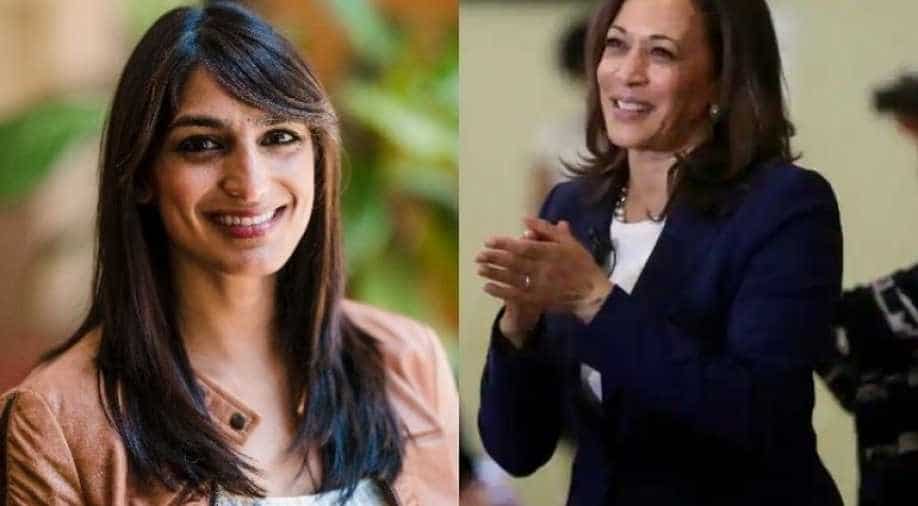 The 32-year-old Singh has earlier worked with New York Mayor Mike Bloomberg and New Jersey Senator Cory Booker — both Democrats — as their spokeswoman. She has also served as the spokesperson of the Democratic National Committee.

"I'm so excited to join the #BidenHarris ticket as Press Secretary for @KamalaHarris! Can't wait to get to work and win in November!," Singh posted on Twitter.

I'm so excited to join the #BidenHarris ticket as Press Secretary for @KamalaHarris! Can't wait to get to work and win in November! https://t.co/m4wWayUzbH

The Los Angeles resident has strong roots of standing in support of immigrants in the US. She hails from the family of Sardar J J Singh, who stood against the discriminatory policies against minority communities in the 1940s.

The 55-year-old Vice Presidential nominee, who has already been in the news recently for her Indian roots, has also appointed the Sri Lankan-American Rohini Kosoglu as a senior advisor. Kosoglu has earlier worked with Harris as her senior advisor in her Senate office and also in her presidential campaign, which Harris dropped after lack of public support.