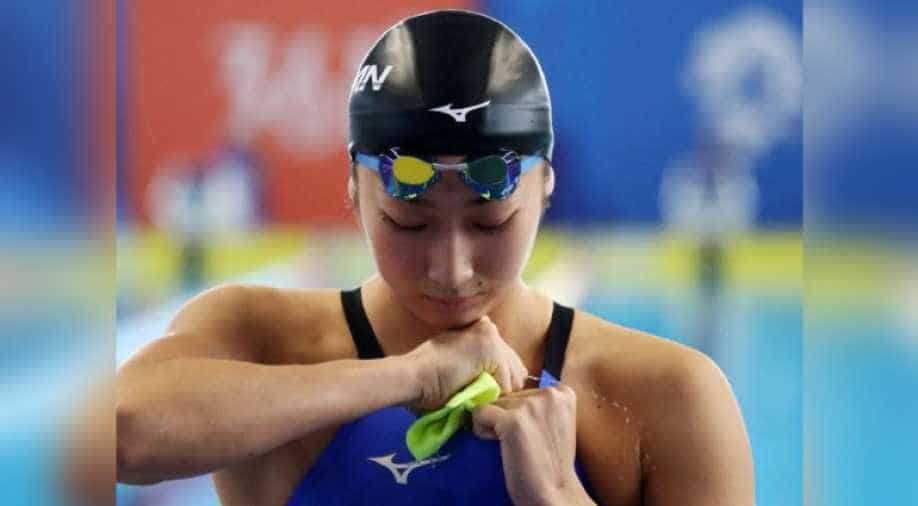 'She is a potential gold medallist, an athlete in whom we have great expectations. I'm really disappointed,' said Japan's gaffe-prone Olympics Minister, according to local media.

Japan's gaffe-prone Olympics Minister was forced to apologise Wednesday after suggesting that the leukaemia diagnosis of 18-year-old star swimmer Rikako Ikee could dampen enthusiasm for the Tokyo 2020 Games.

The shock announcement of Ikee — widely considered the poster girl for next year's Olympics — that she was battling the disease touched the hearts of Japanese everywhere and sparked an outpouring of well-wishes.

However, the minister, Yoshitaka Sakurada, appeared to voice sadness that Japan's medal tally might be affected as a result.

"She is a potential gold medallist, an athlete in whom we have great expectations. I'm really disappointed," said the 69-year-old, according to local media.

"When one person leads, she can boost the whole team. I am slightly worried that this type of excitement could wane."

Following a backlash from the public and opposition politicians, Sakurada sought to clarify his stance and admitted his comments "lacked consideration."

This is not the first time Sakurada has made unwanted headlines.

He attracted widespread ridicule when he admitted that he "does not use computers" in his professional life. He doubles as deputy chief of Japan's cybersecurity strategy.

Ikee shot to fame at last year's Asian Games, where she captured a record six gold medals to fire a warning for the 2020 Olympics in her home city.

The teenage superstar, who holds a string of national records, has been tipped to push for gold on several fronts, in particular in the women's 100 metres butterfly.

Ikee told fans she was determined to beat her illness after being forced to abandon her training camp on Australia's Gold Coast.

"If treated properly it's a disease that can be beaten," said Ikee, who confirmed she will withdraw from the Japanese championships in April.

"I will devote myself to my treatment and strive to be able to show an even stronger Rikako Ikee."