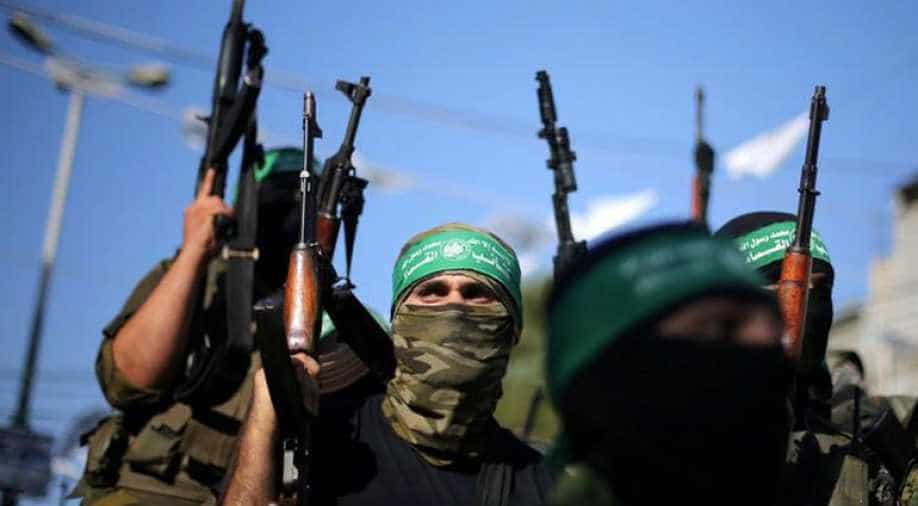 A Palestinian security source confirmed the strikes, with no injuries reported.

Israeli jets struck a Hamas military target in the Gaza Strip in retaliation for balloon-borne explosive devices late Tuesday, the army said, the fourth such strike in recent days.

A Palestinian security source confirmed the strikes, with no injuries reported.

The army said in a statement late Tuesday that "fighter jets and aircraft struck a number of terror targets in a Hamas military compound in the northern Gaza Strip."

"The strike was conducted in response to explosive balloons that were launched from the Gaza Strip into Israeli territory."

A Palestinian security source in Gaza said a number of Hamas sites, including an observation post, were hit near Gaza City, causing damage but no injuries.

Eyewitnesses also described an explosion at a Hamas site in southern Gaza, though the Israeli army statement did not mention such targets.

The Israeli strike was the fourth since Saturday, each in response to either balloons or explosive devices hurled at the border fence.

Islamists Hamas have controlled Gaza since 2007 and have fought three wars with Israel since.

The so-called incendiary balloons involve flaming devices floated across the border with the aim of starting fires in the Israeli communities and farmlands on the other side.

Clusters of balloons have been flown during regular protests and clashes along the frontier.

They largely stopped after an informal Egyptian-brokered truce agreement between Hamas and Israel in November.

Under that deal, Israel agreed to ease its crippling blockade of Gaza in exchange for calm.

Hamas has accused Israel of breaching the terms of the agreement.

At least 251 Palestinians have been killed by Israeli fire since March 2018, the majority shot during the weekly border protests and others hit by tank fire or air strikes in response to violence from Gaza.