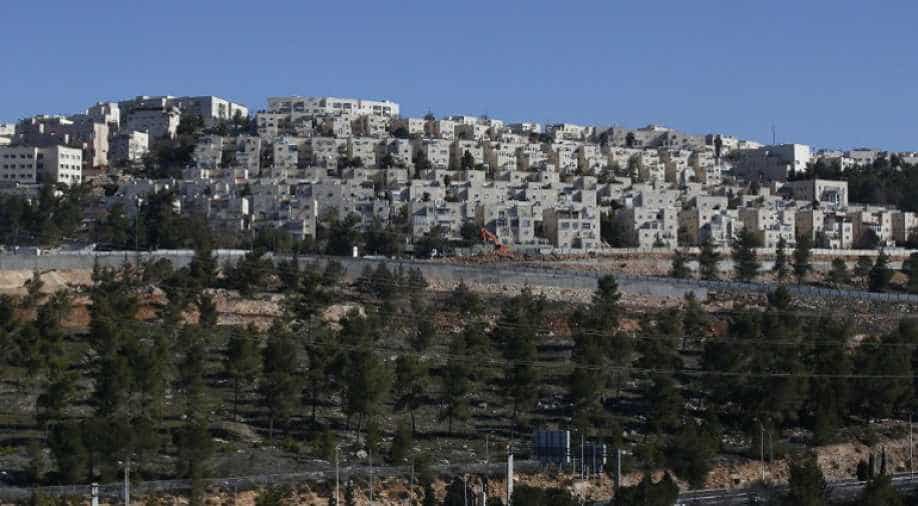 A potentially explosive plan to annex a large West Bank Jewish settlement near Jerusalem unilaterally was shelved until after Netanyahu and Trump meet face-to-face. Photograph:( AFP )

Israel approved hundreds of new settler homes in east Jerusalem Sunday, hours before Prime Minister Benjamin Netanyahu was to speak to US President Donald Trump for the first time since his inauguration.

But a potentially explosive plan to annex a large West Bank Jewish settlement near Jerusalem unilaterally was shelved until after Netanyahu and Trump meet face-to-face.

"This evening there will be a telephone conversation between President Trump and myself," Netanyahu told a cabinet meeting on Sunday.

"There are many issues between us, including the Israeli-Palestinian issue, the situation in Syria and the Iranian threat."

The White House confirmed that such a call was scheduled, but did not give further details.

Trump has pledged strong support for Israel and vowed during his campaign to recognise Jerusalem as the country's capital despite the city's contested status.

Israeli right-wing politicians have welcomed his election, with hardliners who oppose a Palestinian state hoping it will allow them to move forward with their long-held goal of annexing most of the West Bank.

The United States is Israel's most important ally, providing it with more than $3 billion per year in defence aid, but former president Barack Obama grew frustrated with Israeli settlement building.

He declined to veto a December 23 UN Security Council resolution condemning settlements. Trump had called for the resolution to be vetoed.

'We can finally build'

"The rules of the game have changed with Donald Trump's arrival as president," Jerusalem Deputy Mayor Meir Turjeman told AFP.

"We no longer have our hands tied as in the time of Barack Obama. Now we can finally build."

The Palestinian presidency condemned the move, calling it a violation of the UN resolution.

A draft bill to annex the Maale Adumim settlement in the occupied West Bank had been on the agenda for approval by a ministerial committee legislation on Sunday.

Such a move could badly damage prospects for a two-state solution.

But the inner circle of senior ministers known as the security cabinet blocked it for the time being, a member said.

"What was decided was to wait for the meeting which will certainly take place within a few weeks," Energy Minister Yuval Steinitz told Israeli public radio.

"Then we shall have another (ministerial) debate on the matter," he said.

Annexing Maale Adumim unilaterally would set off alarm bells globally, with many warning that it would be another step towards dividing the occupied West Bank between north and south, making a contiguous Palestinian state difficult to achieve.

But for some Israeli ministers who oppose a Palestinian state, that is precisely the point.

"We have to tell the American administration what we want and not wait for orders from the administration," Justice Minister Ayelet Shaked told Israel's army radio.

Maale Adumim, in a strategic location east of Jerusalem, has some 37,000 residents.

Some peace proposals have envisioned it becoming part of Israel in land swaps agreed with the Palestinians, but not unilaterally.

It was unclear whether the annexation proposal would apply to another key area called E1, located between the settlement and east Jerusalem.

The Palestinians see east Jerusalem as the capital of their future state, while Israel views the entire city as its capital.

Settlements watchdog Ir Amim said "the annexation of Maale Adumim and E1 will block east Jerusalem on its eastern side, swallow up its last development reserves and deepen the detachment from the West Bank.

"Given Maale Adumim's critical location in the heart of the West Bank, the international community has for years been following with special concern all developments in this area, seen as a touchstone for the viability of a two-state solution."

Settlements in both the West Bank and east Jerusalem are viewed as illegal under international law.