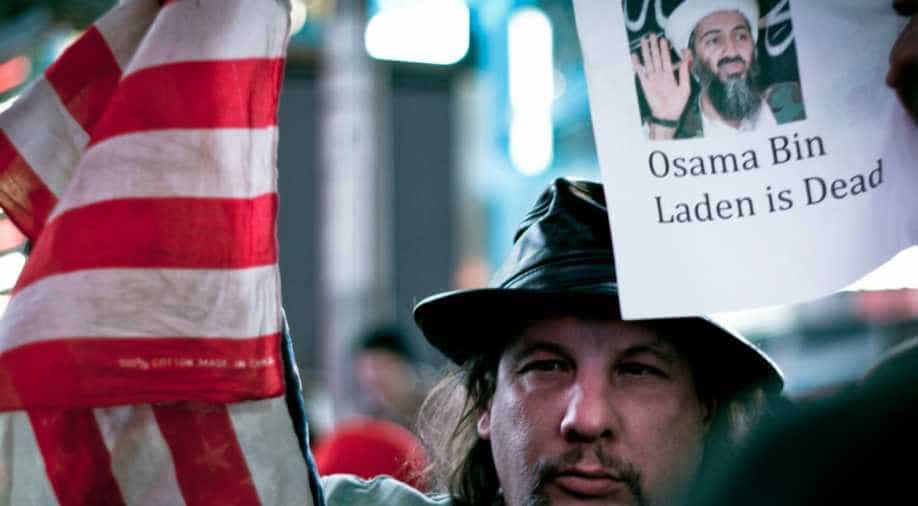 Six years ago, in these days, a US Navy SEAL team entered a compound in Abbottabad and killed Osama bin Laden Photograph:( Others )

Six years ago, in these days, a US Navy SEAL team entered a compound in Abbottabad and killed Osama bin Laden, the sheik of terror. It was the end of an evil legend, and a military action destined to become a movie and to find its place on many bookshelves.

Many thought it was also the beginning of the end for al-Qaeda, the slow death of a snake whose head had finally been chopped off. Wrong assumption.

Undeniably, the loss of such an iconic figure had hit al-Qaeda hard, it weakened an already weak organisation which was on its back foot and struggling to find new funds and ways of action. His immediate successor Ayman al-Zawahiri did not - and still does not - match his predecessor's military and strategic stature.

By the time of his killing, Osama bin Laden was probably not the organisation's pillar anymore.

By the time of his killing, Osama bin Laden was probably not the organisation's pillar anymore. He was chased, isolated and incapable of giving a new ideological lifeline to the organisation he had created years back. Osama's killing was more of a symbolic move, an act of revenge which well served the propaganda purposes of the then US president Barack Obama.

Al-Zawahiri struggled to win the fighters' hearts and minds. Several intelligence reports claimed that at the time of his appointment, Zawahiri was not unanimously loved, especially from al-Qaeda's regional branches in the Arabic peninsula.

The birth of the Islamic State and its military successes - something that bin Laden never achieved – posed a major challenge to al-Qaeda's leadership in Sunni terrorism. The IS conquered land, cities, oil fields, making the long-awaited dream of a caliphate seemingly closer than ever than ever. Abu Bakr al-Baghdadi, the self-proclaimed caliph, refused to pledge allegiance to al-Qaeda and chose the path of independence. The IS victories and propaganda attracted many fighters from all over the world. Al-Qaeda lost the first place, but did not disappear.

The Syrian conflict turned out to be a blessing for bin Laden's brainchild; the organisation had the chance to renew its energies through its regional branch, the former Jabhat al Nusra front, now known as Jabhat Fateh al-Sham. Thousands of Syrian and foreign fighters from all over the world - even from the Maldives - answered al-Qaeda's call for jihad and moved to Syria to swell al Nusra's ranks, making it a major player in the diversified anti-Assad galaxy. A player, which six years after the beginning of the Syrian war is still significantly on the ground. In April 2016, al Nusra's leader announced their decision to severe their ties with al-Qaeda, but this was probably a strategy to whitewash their reputation and partially overcome mistrust among the local population.

The Syrian conflict turned out to be a blessing for bin Laden's brainchild; the organisation had the chance to renew its energies through its regional branch

Even if they are two separate entities, the IS and al Qaeda - or their regional affiliates - are not two competing organisations on the ideological and religious level. They are a product of more than two decades of Sunni extremism, terribly wrong US foreign policy choices and considerable Saudi funds.

Al-Qaeda today might not be as strong as it was under bin Laden, but six years after his killing  the organisation is still alive and kicking. This marks yet another abysmal failure of the so called 'war on terror', which has killed more people than the terrorism it was meant to fight.

Al Qaeda plays a significant role in many parts of the world. Other than in the 'traditional' Afghanistan/Pakistan region,  Al Qaeda has a presence in Libya, Syria, Yemen and, most importantly, it has recently united under its banner the main  local terrorist organisations active in northwest Africa.

In March 2017, the Sahel G5 summit decided to form an international anti-terror force focusing on Africa and comprising the armies of Mali, Chad, Burkina Faso, Niger and Mauritania.

The main terrorist organisations active in the Sahel area, for instance, Al Qaeda in the Islamic  Maghreb, Ansar Eddine, Katiba Macina and al-Mourabitoun have released a video in which they pledged allegiance to al-Qaeda and informed to have now united under its banners.

As long as Islamist terrorism continues to be treated mainly as a military problem, it will be very difficult to eradicate it.

As long as Islamist terrorism continues to be treated mainly as a military problem, it will be very difficult to eradicate it. The battle lies in schools, madrasas, mosques, parliaments and among societies. Sunni extremism derives ideological lifeline from islamophobia and racist policies. The more the narrative of a 'clash of civilisations' is part of the world public discourse, the less the military efforts will turn out to be effective.

Jihadi terrorist organisations have proved to survive their leaders, showing a remarkable capability to reinvent themselves and to quickly adapt to evolving contexts and to differentiate their terrains of action.

Men, money, territories are not their pillars. It is the solid theological approach to governance as well as the capability to give to their followers a scope and a code of life based on war which keep Jihadi organisations alive.