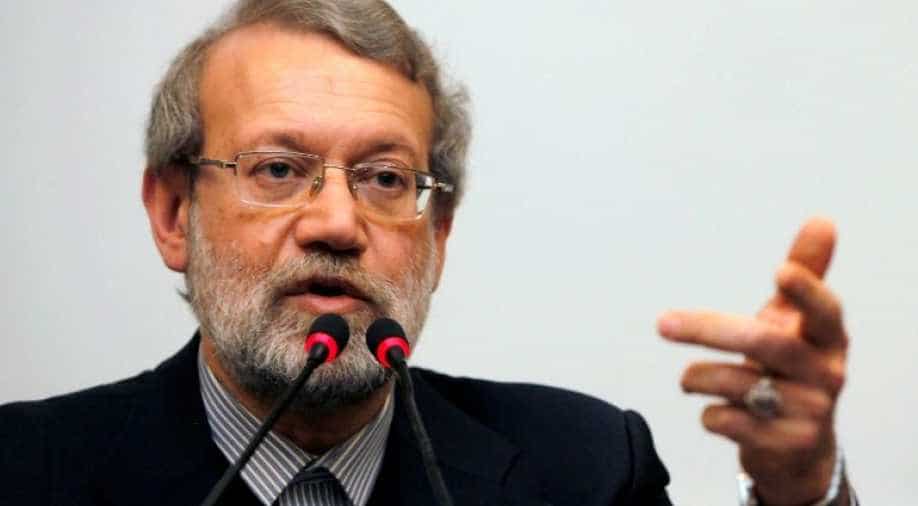 Iran said the unmanned US aircraft was in its air space, which Washington denied. Trump ordered retaliatory air strikes but called them off at the last minute, later saying too many people would have died.

Iran warned the United States against violating its borders, with parliament speaker Ali Larijani threatening a stronger reaction, the Tasnim news agency said on Thursday, a week after Tehran shot down a US drone, spiking tension between them.

"The downing of their drone was a good experience for them to avoid any aggression against our borders," the semi-official agency quoted Larijani as saying late on Wednesday.

"Iran's reaction will be stronger if they repeat their mistake of violating our borders."

Iran said the unmanned US aircraft was in its air space, which Washington denied Trump ordered retaliatory air strikes but called them off at the last minute, later saying too many people would have died.

The rhetoric between the sides has heated up, with Trump threatening Iran's "obliteration". On Wednesday, Trump said any war between Iran and the United States would be swift, but reiterated his desire to avoid a military confrontation even while blasting Tehran’s leaders.

Some 116 Iranian human rights defenders and groups around the globe have warned of "devastating" consequences of a military conflict between the arch-foes, said the New York-based Center for Human Rights in Iran (CHRI).

"We also fear that military action against Iran will be disastrous for millions of ordinary people and could lead to the type of violent sectarian civil conflict seen in neighbouring countries," said a statement signed by activists, lawyers and journalists.

Tehran and Washington have been at odds since last year when Trump exited Iran's 2015 nuclear deal with major powers and reimposed sanctions that had been lifted under the pact in return for Tehran limiting its nuclear work, including its enrichment of uranium.

In reaction to Washington's increasingly crippling sanctions, Tehran has quadrupled its production of uranium and said on Wednesday it will exceed limits, set by the nuclear deal, on its enrichment of uranium as of Thursday unless EU took steps to save the deal.

In an unprecedented step that has increased tensions, Trump on Monday targeted Iran’s top authority Supreme Leader Ayatollah Ali Khamenei and other senior Iranian officials with new US sanctions. Iran has rejected the latest sanctions as an "idiotic" move.