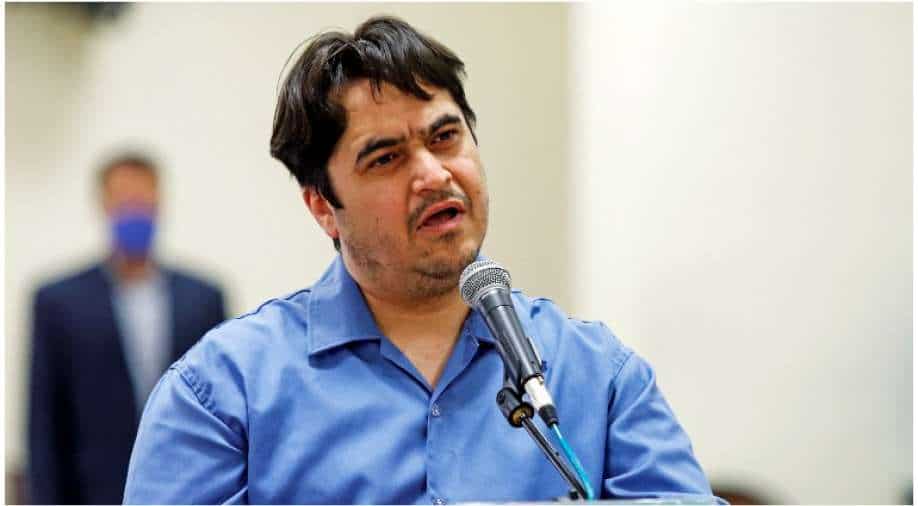 Ruhollah Zam, a dissident journalist who was captured in what Tehran calls an intelligence operation, speaks during his trial in Tehran, Iran June 2, 2020. Picture taken June 2, 2020. Photograph:( Reuters )

Like the EU, France had criticised the execution as well.

The dissident journalist Ruhollah Zam had been in Paris before he was captured and taken to Iran.

Zam was convicted of fomenting violence during anti-government protests in 2017. His Amadnews feed had more than 1 million followers.

The EU said in a statement after his execution: “The European Union condemns this act in the strongest terms and recalls once again its irrevocable opposition to the use of capital punishment under any circumstances.”

The French Foreign Ministry called the execution a “barbaric and unacceptable act”, saying in a statement: “France condemns in the strongest possible terms this serious breach of free expression and press freedom in Iran.”

In 2017, regional protests over economic hardship spread across Iran. Iranian officials have blamed USA, Saudi Arabia and Iran's opponents in exile for the unrest.