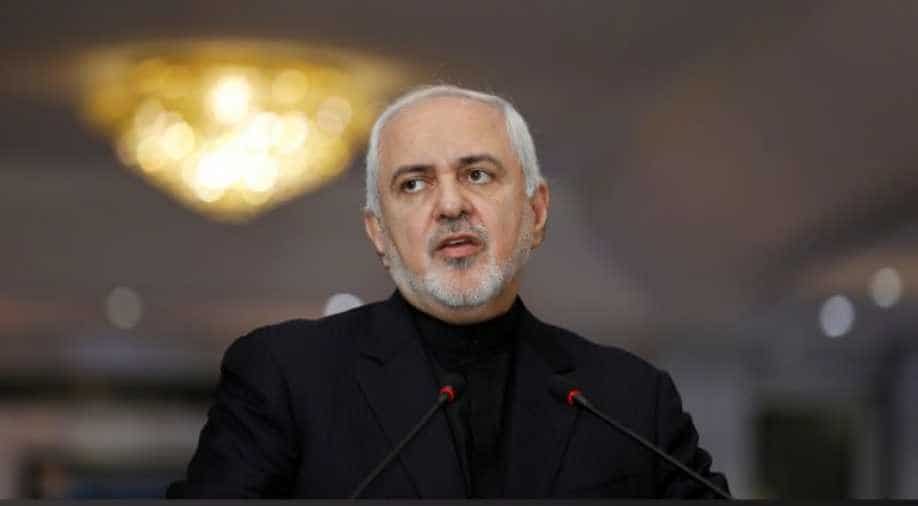 Tensions have soared since the Trump administration began stepping up a US campaign of "maximum pressure" against Iran, with drones downed and tankers mysteriously attacked in Gulf waters.

The United States is acting alone against Tehran and its allies are too "ashamed" to join its forces in the Gulf, Iran's top diplomat said Monday, dismissing its calls for talks as a sham.

Foreign Minister Mohammad Javad Zarif also confirmed he turned down an offer to meet President Donald Trump last month despite the threat of US sanctions against him.

"Today the United States in alone in the world and cannot create a coalition. Countries that are its friends are too ashamed of being in a coalition with them," Zarif told a news conference in Tehran.

"They brought this situation upon themselves, with lawbreaking, by creating tensions and crises."

Tehran and Washington have been locked in a battle of nerves since May 2018 when Trump withdrew the United States from a landmark 2015 deal placing limits on Iran's nuclear programme and began reimposing sanctions.

Tensions have soared since the Trump administration began stepping up a US campaign of "maximum pressure" against Iran, with drones downed and tankers mysteriously attacked in Gulf waters.

At the height of the crisis, Trump called off airstrikes against Iran at the last minute in June after the Islamic republic's forces shot down a US drone.

Iran said on Sunday its forces seized a "foreign" tanker carrying smuggled fuel in what would be the third such seizure in less than a month in Gulf waters - a conduit for much of the world's crude oil.

On July 18, the Guards said they had detained the Panama-flagged MT Riah for alleged fuel smuggling. A day later, they announced they had impounded the British-flagged Stena Impero in the Strait of Hormuz for breaking "international maritime rules".

In response to such incidents, the United States has been seeking to form a coalition whose mission - dubbed Operation Sentinel - it says is to guarantee freedom of navigation in the Gulf.

However, it has been struggling to build such a coalition, with European countries reticent and believed to be concerned about being dragged into a possible conflict.

"An arsonist cannot be a fireman," said Zarif, adding that since the Americans had come to the Gulf there was nothing but "violence, war and slaughter".

Asked about reports he had been invited to meet Trump in the White House, Zarif said he had turned it down despite the threat of sanctions against him.

"I was told in New York I would be sanctioned in two weeks unless I accepted that offer, which fortunately I did not," Iran's top diplomat said.

The New Yorker magazine reported on Friday that Senator Rand Paul met Zarif in the US on July 15 and had Trump's blessing when he extended an invitation to the Iranian minister to go to the White House.

The United States imposed sanctions against Zarif on Wednesday, targeting any assets he has in America and squeezing his ability to function as a globe-trotting diplomat.

The designation of Zarif under the same sanctions already applied to supreme leader Ayatollah Ali Khamenei is the latest in a series of US moves against Iran.

Zarif dismissed as disingenuous US "claims" that it wants to engage in dialogue with Iran.

"They were the ones who left the table, sanctioned the foreign minister of Iran, sanctioned the highest authority of the Islamic republic. Who do they want to negotiate with?" he said.

"The US only wants to impose its will on the Islamic republic.

"They should not expect us to negotiate as long as they engage in economic terrorism."

But Zarif did not rule out talks in the future.

"In my view negotiations and diplomacy will never end. Negotiation has always been and will always be on my agenda. Even in times of war negotiations will exist."

Zarif said he did not believe Trump would go to war with Iran unless hawks around him like his national security adviser John Bolton and Israeli Prime Minister Benjamin Netanyahu had their way.

"I believe Mr Trump does not seek war. But Mr Bolton and Netanyahu have always sought war," he said.

"They're willing to fight their wars till the last American soldier."