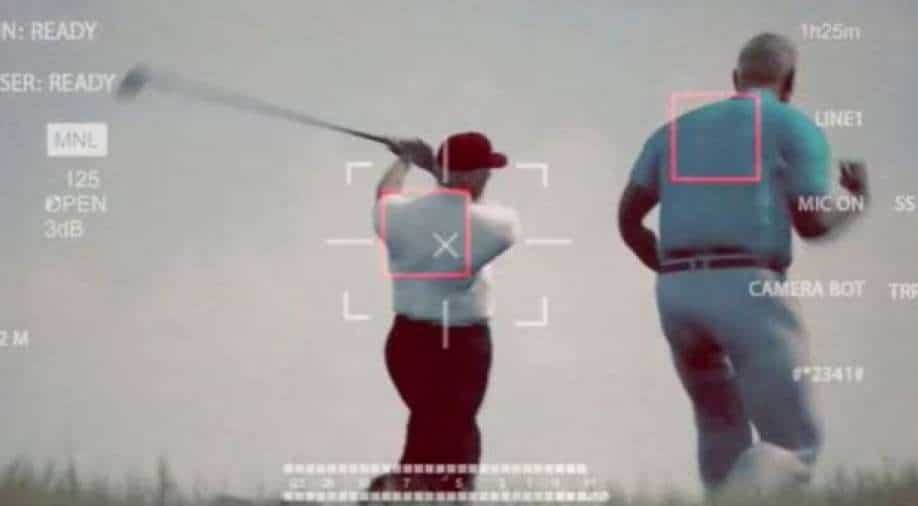 Iran had called the drone strike on General Soleimani a 'callous terrorist act' Photograph:( Others )

In a bizarre move, Iran released an animated video of former US President Donald Trump being targeted by a drone on a golf course.

The video was showcased on Iran’s supreme leader Ayatolla Ali Khamenei's official website which appeared to show a robot ordering a drone strike on the former US president.

The video was reportedly part of a contest to mark the killing of former Iranian Revolutionary Guards' Quds Force commander Qassem Soleimani who was killed during a US drone strike in Iraq in January 2020 which was ordered by ex-president Trump.

Also Read in Pics: Soleimani's killing | The operation, the method, and sanctions

Raisi had said that "hand of revenge will come out of the sleeves of ummah" referring to Trump.

A similar video had appeared last year showing Trump on a golf course. Last week Iran had imposed sanctions against 50 US officials mainly from the former Trump administration even as the White House declared that it will "protect and defend its citizens".

The White House had declared that "should Iran attack any of our nationals" it will face "severe consequences". President Raisi's regime had also targeted former national security advisor Robert O'Brien and ex-US envoy to UN Nikki Haley.

Also Read in Pics: Soleimani- 'He is James Bond, Rommel and Lady Gaga rolled into one'

In a tweet, Hailey took a jibe at the Iranian leadership saying: "Looks like I'll have to cancel my relaxing getaway to Iran," while adding,"When you get sanctioned by Iran, the world's leading state sponsor of terror, you know you're doing something right."

The latest development comes even as Iran is engaged in reviving the 2015 nuclear deal with Western power. President Trump had walked out of the deal in 2019 and imposed harsh sanctions on Iran as it restarted its nuclear weapons programme.