Iran, Iraq foreign ministers meet against backdrop of US air strikes in Syria 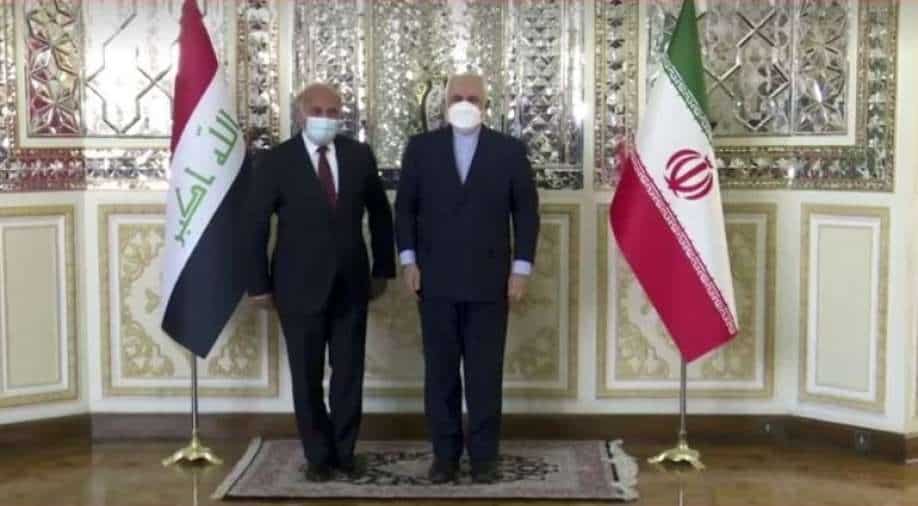 On Saturday, Iran's top security official, Ali Shamkhani, said the strikes 'encourage terrorism in the region'. Shamkhani made the remarks during his meeting with Hussein

The visit comes two days after the United States carried out air strikes authorized by President Joe Biden against facilities belonging to Iranian-backed militia in eastern Syria , in response to rocket attacks against U.S. targets in Iraq.

Biden said Iran cannot act with impunity and warned Iran to "be careful" when asked what message he was sending the country with the strikes in Syria on Thursday (February 25).

On Saturday, Iran's top security official, Ali Shamkhani, said the strikes "encourage terrorism in the region." Shamkhani made the remarks during his meeting with Hussein.

Hussein, on his second visit to Iran in a month, later met with Zarif.

Hussein is in Iran "to discuss regional developments, including ways to balance relations and avoid tension and escalation" with Iranian officials, according to an Iraqi foreign ministry statement.

An Iraqi militia official close to Iran said the strikes killed one fighter and wounded four. U.S. officials said they were limited in scope to show Biden's administration will act firmly while trying to avoid a big regional escalation.

Shamkhani said "we will confront the U.S. plan to revive terrorism in the region", but did not elaborate.

The air strikes targeted militia sites on the Syrian side of the Iraqi-Syrian frontier, where groups backed by Iran control an important crossing for weapons, personnel and goods.

Western officials and some Iraqi officials accuse Iranian-backed groups of involvement in deadly rocket attacks on U.S. sites and personnel in Iraq over the last month.

Washington and Tehran are seeking maximum leverage in attempts to save Iran's nuclear deal reached with world powers in 2015 but abandoned in 2018 by then-President Donald Trump, after which regional tensions soared.