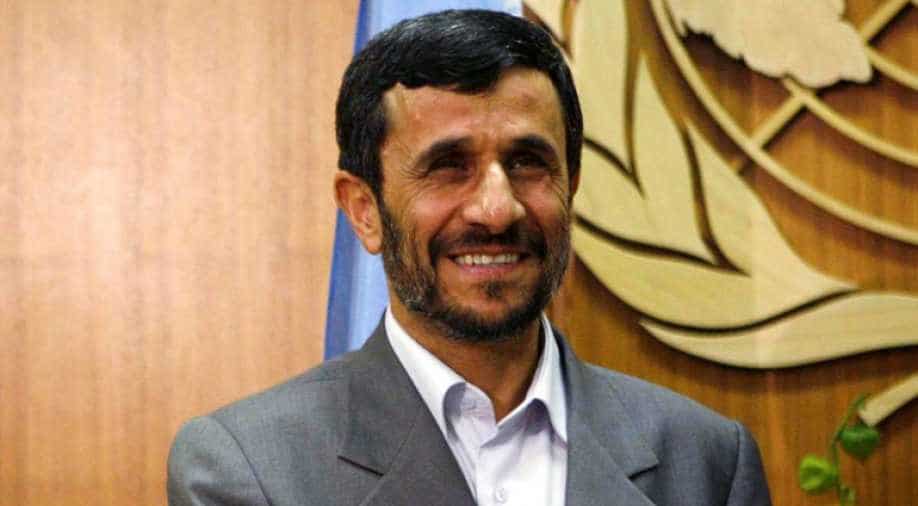 A former Iranian vice president and chief-of-staff of hardline ex-president Mahmoud Ahmadinejad was arrested on Saturday, the website of the Tehran prosecutor said

A former Iranian vice president and chief-of-staff of hardline ex-president Mahmoud Ahmadinejad was arrested on Saturday, the website of the Tehran prosecutor said.

Esfandiar "Rahim Mashaie was arrested and is in detention," it said, without specifying the reason why he was held.

It simply said he was arrested by the police who were acting on the orders of the judiciary.

Mashaie served as first vice president in 2009 at the start of Ahmadinejad's contested second term in office.

But his tenure was cut short and he was he was forced to step down by supreme leader Ayatollah Ali Khamenei after saying that Iran was a friend of the US and Israeli people.

His detention comes after video uploaded on social media showed Mashaie demonstrating Thursday outside the British embassy to protest against the incarceration of another of Ahmadinejad`s vice presidents.

Hamid Baghaie was arrested on Tuesday to begin serving a 15-year jail sentence that was issued against him in December when a court found him guilty of embezzlement and illegal business transactions.

ISNA news agency quoted Mashaie's lawyer, Mehran Abdollapour, as saying his client was arrested in the evening as he was leaving Baghaie`s house.

"My client was probably arrested for having recently burnt (a copy) of Mr. Baghaie`s verdict outside the British embassy," the lawyer said.

Ahmadinejad and Baghaie both hoped to stand in the May 2017 presidential election, but the conservative-dominated Guardians Council rejected their candidacy.

Meshaie, who was the chief-of-staff of Iran`s former hardline two-term president, was barred from standing in the 2013 presidential election as well by the Guardians Council.

"His arrest is clearly a violation of the constitution... that confirms the need for fundamental reforms within the judiciary," the former president said in a statement.