Inside Mosul, civilians bear the brunt of war between Iraqi army, IS 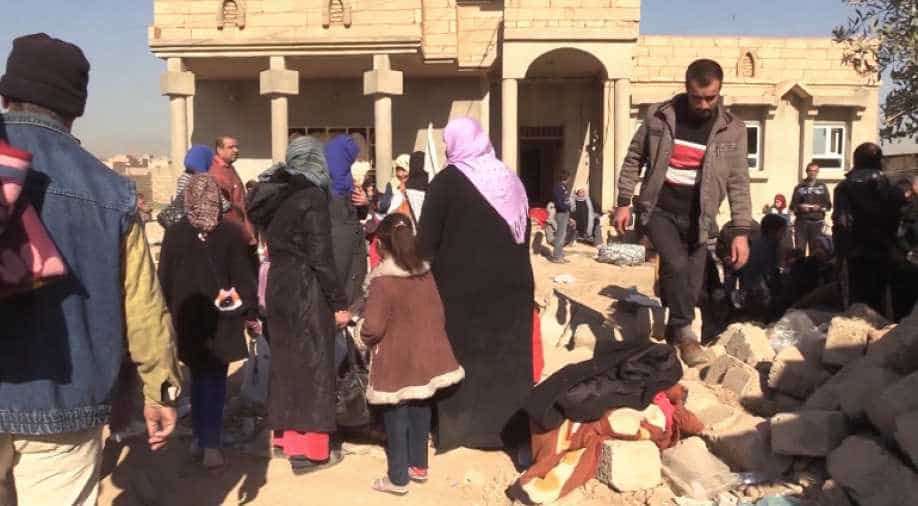 The motorbike is not directed against the post, but doctors are always connected with soldiers in action well inside the city to know in advance what they will need to face.

The small medical post is located in an abandoned house, inside the relatively safe neighbourhood of Al Samah, east of Mosul. It is the closest medical facility to the battle. All injured come here to receive primary treatment and then they get transferred to other hospitals. The worst cases are transferred to a hospital in Erbil, an hour-and-a-half drive from the city.

A handful of American and Iraqi doctors work relentlessly with their assistants to stabilise patients as quickly as possible.

The battle is very hard, it is a city at war and forces need to fight house by house and every door that they open could be the last of their lives.

“We wake up at 6 am, have breakfast, and we may work until 2, 3 or 4 am. We give first aid like fluids to injured people to stabilise them. We support them psychologically and physically till we transfer them in the hospitals of Erbil,” says military doctor Ghali.

Late in the afternoon, a group of wounded soldiers are rushed to the medical facility, they were ambushed while clearing an apartment. One of them, in charge of documenting the operation, showed us a footage of the moment. He has a superficial injury on his upper leg.

The video shows some 10 soldiers crouched outside an apartment, one of them shouts to inquire if someone is in the house. “Anyone inside? this is the Iraqi army.”

“Yes, we are inside. We are a family, don’t shoot us,” a feeble voice answers.

Soldiers look at each other, they nod. One of them opens slowly the door and a rain of bullets start hitting them from inside the house. It was not a family, it was a small team of Islamic State commando hiding there, and they managed to escape.

This is just one single event, but it is what happens every day. This is what it means fighting the war inside Mosul, the last stronghold of the Islamic State in Iraq, a city once home to 2.5 million citizens. The Iraqi army believes the city hosts between 5,000 and 7,000 IS terrorists ready to fight.

It is civilians who are paying the highest price of the war against the Islamic State though. Terrorists are using them as human shields in order to force the more-than-twelve-country coalition to avoid airstrikes and heavy artillery firing as much as possible.

“The number (of injured civilians) is increasing because the Islamic State started to strike, bomb and shoot against civilians and we receive 50 to 120 cases a day,” says military doctor Shail Juhat.

It means roughly 700 persons a week, if not more -- a number destined to increase the more the Iraqi forces dig deeper into the city.

The battle of Mosul hits mostly innocent people who did nothing to get to this point; children like Ahmed, who reaches the hospital in his father’s arms. He was playing when a mortar fell a few metres close to him, injuring his right leg.

A young boy of about 10 is brought in. He is severely injured with mortar shrapnels in his head, arm and legs. His elder brother, who brought him to the hospital, waited outside, cried and fainted. It took him forever to gather the courage to enter and assist his little brother.

Another man staggered in leaning on another’s shoulders, covered in blood, obviously in pain. An improvised explosive device had triggered close to him.

A young lady in a long blue dress and glazed expression tried to get into ambulance where her husband lay injured. “Where are we going?” she asked, still in shock, gently grabbing the forearm of a soldier.

An Iraqi soldier who was in charge of documenting operations died.

Clearly, war does not spare anyone, it makes no distinction. There are no clever bombs, no intelligent bullets, no perfectly surgical strikes.

These positive -- and often lightly-used -- adjectives are only semantic shields, mostly used by belligerent actors to soften the reality of war on the ground. A reality made of anxiety, death, sweat, blood, tears, displacement and a liberal dose of pain. A violent and total element which abruptly breaks into a country’s life, devastating its social fabric.