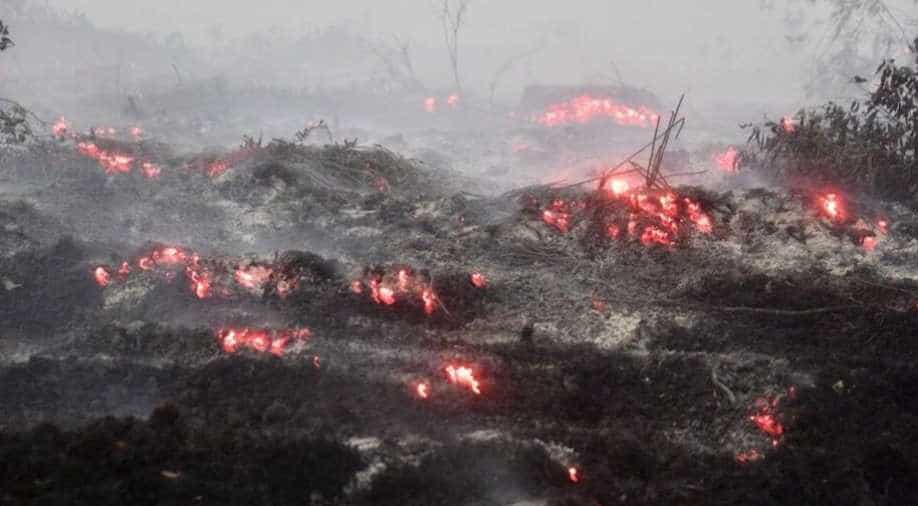 Jakarta has deployed thousands of personnel to battle blazes that are turning land into charred landscapes and consuming forests in Sumatra and Borneo islands, where thousands of schools have been shut over health fears.

Jakarta has deployed thousands of personnel to battle blazes that are turning land into charred landscapes and consuming forests in Sumatra and Borneo islands, where thousands of schools have been shut over health fears.

On Monday, authorities said they had arrested some 185 people suspected of being involved in activities that led to out-of-control fires sweeping the country.

"Indonesian Police will enforce the law against anyone who is proven to have carried out forest and land burning, whether it was done intentionally or through negligence," National Police spokesman Dedi Prasetyo told reporters in Jakarta.

"This is a last resort. The most important thing is prevention."

Four corporations were also being investigated, he added.

Last week, Indonesia sealed off dozens of plantations where smog-belching fires were blazing, and warned that owners -- including Malaysia and Singapore-based firms -- could face criminal charges if there was evidence of illegal burning.

Some of the most serious fires occur in peatlands, which are highly combustible when drained of water to be converted into agricultural plantations.

Thick haze in Borneo -- where air quality levels have plummeted to "dangerous" levels in some areas -- caused the cancellation of about a dozen flights Sunday, national airline Garuda said.

Rival Lion Air said about 160 Borneo flights had been affected at the weekend.

Meanwhile, nearly 150,000 people have been treated for acute respiratory infections linked to the haze in recent months, according to Indonesian health authorities.

While forest fires are an annual problem, the situation this year has been worsened by drier weather in Indonesia, with diplomatic tensions soaring as toxic smog drifts over to neighbouring Malaysia and Singapore.

The haze pushed Singapore's air quality to unhealthy levels for the first time in three years at the weekend.

Huge fires tearing through the Amazon are also compounding concerns about the long-term impact of such blazes on keeping global temperature levels stable.