In rising Asian age, will China be able to ruin India-Bangladesh friendship? 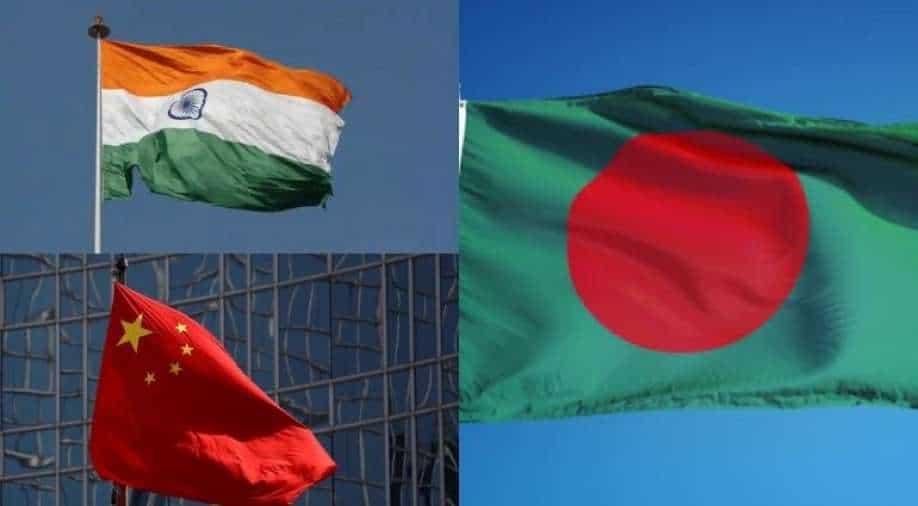 Bangladesh is a key ally and China is a powerful rival, and proximity between the two is worrying for India

The Asian age is upon us. Europe had its time at the helm, so did America but the 21st century is supposed to be Asia's and the Delhi-Dhaka dynamic will be crucial to the Asian age.

Both countries are entering the new decade with momentum, but here is a new challenge emerging from the North: China.

Beijing is sinking its claws into South Asia and Bangladesh is the next target.

In 2016, Xi Jinping visited Bangladesh for the first time. He pledged $20 billion for the Belt and Road Initiative — China's gift-wrapped debt diplomacy package.

For Bangladesh, the BRI is a compulsion because as a developing country, it needs the infrastructure and China is willing to pay. However, for India, this is a strategic threat.

Bangladesh is a key ally and China is a powerful rival, and proximity between the two is worrying.

So how does India navigate this?

First priority is to resolve outstanding issues — issues where China is not a stake-holder like the Teesta water-sharing agreement. On Wednesday, India's foreign secretary said the agreement would be concluded as early as possible.

Water and border are the key contentions and to solve them, India will have to unleash proactive diplomacy.

The signals coming from Bangladesh are encouraging. The government's foreign policy advisor recently called India the most important partner.

India and Bangladesh share two key things — history and geography — and China has neither in common with Dhaka and this could be its downfall.

However, in our world money speaks. China is building roads and bridges faster than India can sign agreements. So, New Delhi will have to whip out its cheque book too. The vaccine diplomacy was a nice touch — a humanitarian cause with strategic implications.

Bangladesh has also become an attractive prospect in the Islamic world. Last year, when Dhaka had a diplomatic standoff with Saudi Arabia, Turkey tried to take advantage. With more than 150 million Muslims, Bangladesh's support will be key in islamic power play. However, so far the country has refused to take the bait.

These are all external factors, but there are elements within Bangladesh that could derail relations. Today, there were protests in a town near Chittagong against India's Prime Minsiter's visit to Dhaka. The demonstration turned ugly and the police had to open fire. Four people were killed and at least 40 injured. The situation is escalating and internet access has been restricted in some parts.

The group behind this protest was Hefazat-e-Islam which is a radical Islamist group. One of their major demands is strict blasphemy laws. They have organised mass protests before and almost all of them have ended with casualties. The group is emblematic of rising radicalism in Bangladesh.

Bangladesh's government is keen on closer ties with India but groups like these want to sabotage the prospering relationship and embarass both Delhi and Dhaka. These protests are at best a distraction — an unfortunate and dangerous one.

The leaders and policy makers must focus on the big picture. This decade will shape South Asian politics for many years. The question of whether or not China will be able to tempt Bangladesh and create differences between India and Dhaka can only be answered with time. However, the important thing to remember here is a statement from India's former Prime Minsiter, Atal Bihari Vajpayee who rightly said, "Friends can be changed, but not neighbours".  That's the power of geography and of shared history.