'He will be back': Trump, Obama express confidence on Tiger Woods' recovery 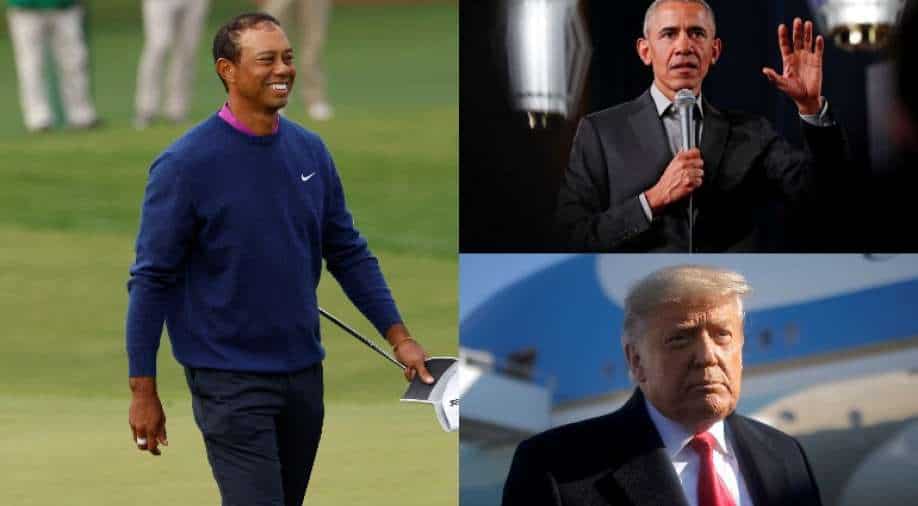 Trump, who honoured Woods with the Presidential Medal of Freedom in 2019, called the incident "very tragic".

He added that Woods has "overcome a lot," and he is going to continue living an "ïncredible life".

Trump's predecessor Barack Obama in a tweet on Wednesday wished Woods a "speedy recovery," adding that never "count Tiger out".

"Sending my prayers to @TigerWoods and his family tonight -- here's to a speedy recovery for the GOAT (Greatest of all Time) of golf. If we've learned anything over the years, it's to never count Tiger out," Obama tweeted.

Sending my prayers to @TigerWoods and his family tonight—here’s to a speedy recovery for the GOAT of golf. If we’ve learned anything over the years, it’s to never count Tiger out.

Woods' car flew off the road and then rolled over, something which a law enforcement official described as "very fortunate" to come out alive.

Trump, who himself is an avid golf lover, also said that television ratings were high when Woods was playing.

"All I say is get better and get out there, because we all miss him. We need Tiger," Trump said.

"It's very few people that cause that kind of a phenomenon."