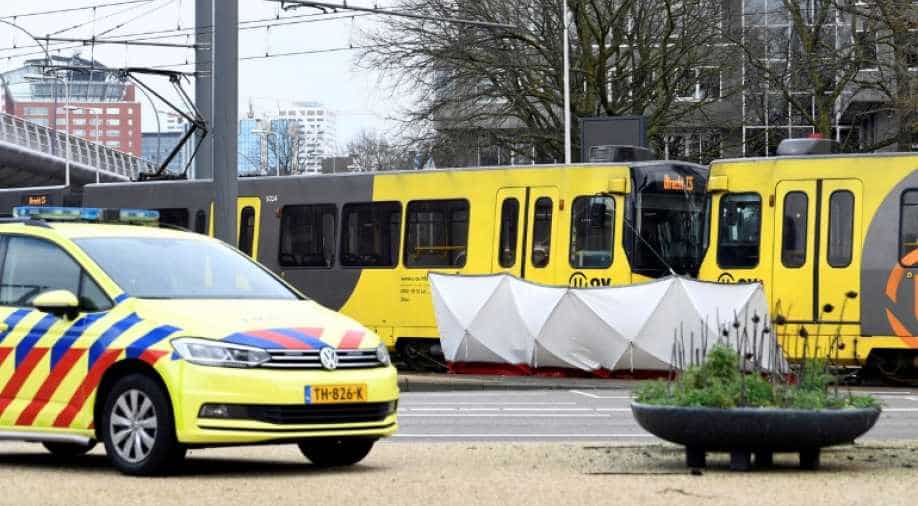 Dutch authorities said they were investigating a likely terrorist motive but "cannot exclude" other motives, including a family dispute.

Turkish intelligence services are investigating the gun attack in the Netherlands to determine whether it was a terror attack or a possible family dispute, President Recep Tayyip Erdogan said Monday.

Dutch police arrested a Turkish-born suspect over the attack on a tram in the city of Utrecht that left three people dead and five wounded earlier in the day.

Dutch authorities said they were investigating a likely terrorist motive but "cannot exclude" other motives, including a family dispute.

"Our intelligence services are investigating all of this, our intelligence chief told me that he was going to gather all details and would come back to me," Erdogan told Turkish TV channel Ulke TV.

"Some say that it is a family dispute, others say it is a terrorist act," he said.

Police said the accused was arrested during a raid on The Old Town in Utrecht. "We have just been informed that the suspect has been arrested," Utrecht police chief Rob van Bree said.

The head of the Dutch national counter-terrorism service, Pieter-Jaap Aalbersberg, confirmed "the arrest of the main suspect for the shooting".

The police had earlier released a picture of a  Turkish-born suspect Gokmen Tanis, 37, as the person responsible for the firing incident at 24 Oktoberplein, a busy junction underneath a highway bridge.

Dutch Prime Minister Mark Rutte said a terror attack "could not be excluded", while adding that the Netherlands would "never give way to intolerance".