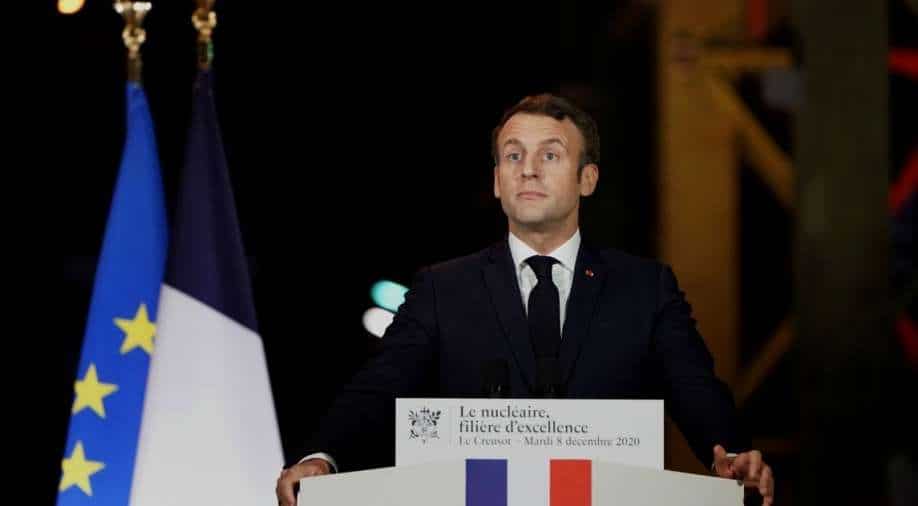 Nuclear reactors provide the majority of France's electricity, but many reactors are aging and delays have dogged new-generation reactors

Macron framed the decision to use nuclear reactors to propel the future warship as part of France's climate strategy, stressing its lower emissions compared to diesel fuel used in other vessels.

Speaking at a nuclear facility in the Burgundy town of Le Creusot, he said "I have decided that the future aircraft carrier of our country and our Navy will be, like the Charles de Gaulle, nuclear powered

One of his advisers noted that having an aircraft carrier also helps France project its global influence. Only a few countries in the world maintain huge, costly vessels.

The new French aircraft carrier will be about 70,000 tons and 300 meters long (985ft), roughly 1.5 times the size of the Charles de Gaulle, which has been deployed for international military operations in Iraq and Syria in recent years, according to French presidential advisers.

Its catapults will be electro-magnetic, and American-made, and the ship will be designed to accommodate next-generation warplanes and serve until around 2080, the advisers said.

They didn't provide a price tag but French media estimate it will cost around 7 billion euros (8.4 billion US dollars).

Macron also pledged 500 million euros (605 million US dollars) in investment in the nuclear industry and a separate fund to modernise it and promised "progress" on the persistent problem of how to permanently get rid of nuclear waste.

France has said it will cut its reliance on nuclear energy to 50% from 75% by 2035 and has yet to make a final decision on whether to build next-generation EPR nuclear reactors.

That is due by 2023, by which time state-controlled utility EDF's Flamanville 3 EPR project should be up and running, but Macron said he wanted to make a big push on preparations by next year.

"The preparatory studies around the construction of new reactors are key and I want them to continue and be wrapped up in the coming months," Macron said during a visit to nuclear components maker Framatome, part of EDF.

Nuclear reactors provide the majority of France's electricity, but many reactors are aging and delays have dogged new-generation reactors.

Macron, who is co-hosting a global video summit on Saturday to mark the fifth anniversary of the Paris climate accord, said France also must do more to develop wind, solar, hydrogen and other renewable energies.