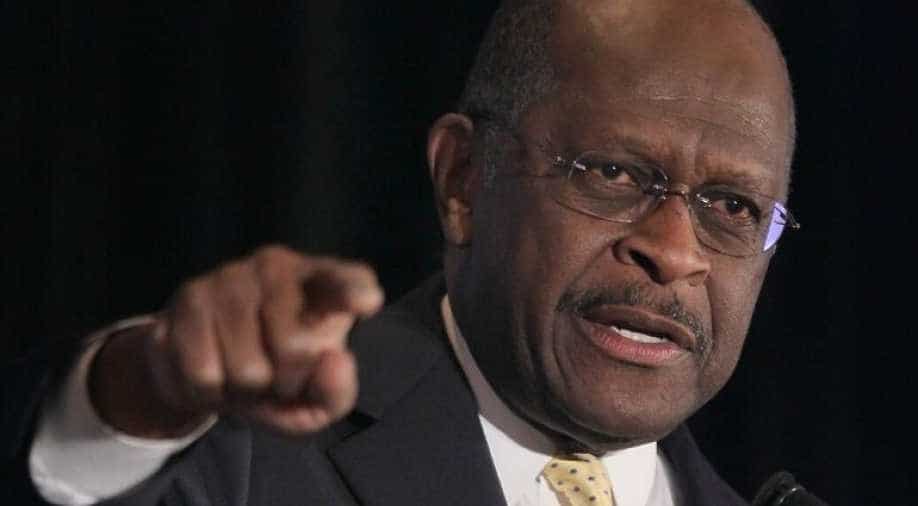 The-74-year-old learned of his diagnosis on June 29, nine days after attending a Trump rally in Tulsa, Oklahoma, where he and many others crowded together without wearing face masks aimed at preventing the spread of the novel coronavirus.

Herman Cain, a US businessman and onetime Republican presidential candidate, has died after a month-long battle with coronavirus, his website announced.

Cain died in an Atlanta-area hospital, where he was admitted in early July, according to Newsmax, where he had been set to launch a weekly television program.

"Herman Cain, our boss, our friend, like a father to so many of us, has passed away," the editor of his website wrote.

"Although he was basically pretty healthy in recent years, he was still in a high-risk group because of his history with cancer," the statement said.

Cain was born in December 1945 in Tennessee and raised in Atlanta by a domestic worker mother and chauffeur father.

The Navy veteran established himself in the corporate world with stints at Pillsbury and Burger King before reviving Godfather's Pizza as its CEO.

Cain then tried his hand at national politics, spicing up the 2012 race for the Republican presidential nomination with his lively interviews and debate performances.

After briefly leading in the polls, Cain suspended his campaign following allegations of sexual misconduct, which he denied.

US President Donald Trump considered him last year for a position on the US Federal Reserve, before his candidacy withered under the opposition of several key Republicans.

Cain, a co-chair of Black Voices for Trump, attended a rally for the incumbent in Oklahoma last month, at which several campaign staffers tested positive for the novel coronavirus.

The-74-year-old learned of his diagnosis on June 29, nine days after attending a Trump rally in Tulsa, Oklahoma, where he and many others crowded together without wearing face masks aimed at preventing the spread of the novel coronavirus.

Many Trump supporters have rejected the advice of public health experts and refused to wear face masks, which can prevent the spread of the virus, making their defiance a type of political statement.

Just before announcing his diagnosis on July 2, Cain posted support for not mandating masks at a July 4 event at Mount Rushmore in South Dakota that Trump was planning to attend.

"Masks will not be mandatory for the event, which will be attended by President Trump. PEOPLE ARE FED UP!" he tweeted.

Messages of condolences poured in from prominent conservatives, while some liberals used the occasion to promote the wearing of masks.