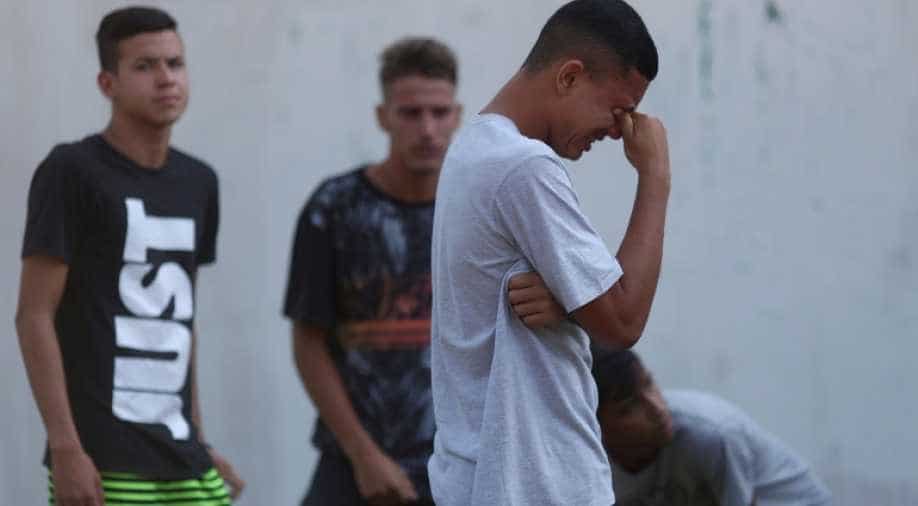 People wait for information in front of the training center of Rio's football club Flamengo, after a deadly fire in Rio de Janeiro, Brazil. Photograph:( Reuters )

The pre-dawn blaze in Rio de Janeiro hit a building that housed youth-category players aged 14 to 17.

In addition to the deaths, three people were injured in the fire.

The cause was not immediately known.

Globo TV broadcast aerial footage of the fire, which it said had been brought under control after it burned for two hours.

The fire broke out at 5am (Brazil time) in the Vargem Grande district of Rio in a modern facility where the top-flight professional Flamengo squad also trains, the news website G1 said.

The dead were six players and four team staff, the channel Sportv said.

The main team had been due to practice at the same facility later in the morning.

Youth league teams also train at the facility, known as Ninho do Urubu.

Flamengo is the most popular club in football-crazed Brazil.

The training camp is in an area of western Rio that was hit by a huge storm Wednesday night. Six people were killed.

Because of those heavy rains the football facility remained without electricity or water Friday as the fire broke out, G1 reported.

After an unruly first debate, Trump and Biden take to Twitter for more chaos