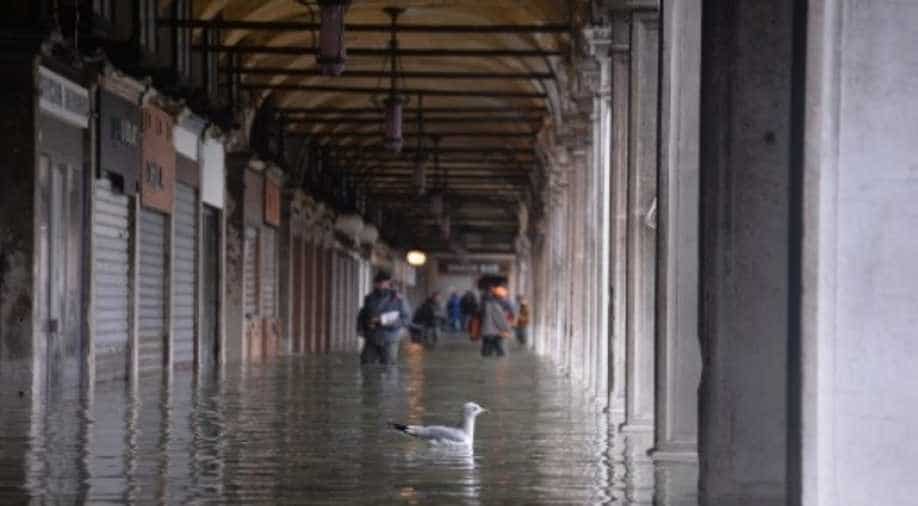 The PM said that 20 million euros (22 million US dollars) were allocated to the city and its nearby areas affected by the floods to tackle the devastation.

Following heavy flooding in less than a week, Italian Prime Minister Giuseppe Conte declared a state of emergency in Venice.

In Pictures: Worst floods in 50-years bring 'Venice on its knees'

The PM said that 20 million euros (22 million US dollars) were allocated to the city and its nearby areas affected by the floods to tackle the devastation.

According to UNESCO, more than 85 per cent of the city was under water when two high water tides flooded Venice this week.

The third spell of major flooding is also expected to hit Venice in less than a week on Sunday. The forecast for today predicts high water of 160 centimetres (over five feet) for just after midday, lower than Tuesday's 187 centimetres, the highest level in half a century.

The new warning comes after a brief respite on Saturday with the reopening of iconic St Mark's Square.

UNESCO also added that churches, homes and schools were submerged in the city.

Two people die in a small island in Venice's lagoon and the city witnessed severe damage, including the iconic Saint Mark's Basilica.

Italian football team travelled to Venice on Saturday to show solidarity with the city.

"On behalf of the whole team, we stand close to the city of Venice," said Italy goalkeeper Gianluigi Donnarumma.

Italy's Cultural Minister Dario Franceschini has said that the cost of repairing Venice will be "huge" where more than 50 churches have suffered damages.

Compensation of up to 5,000 euros will be given on an immediate basis to residents whose houses have been damaged, while restaurant and shop owners can claim up to 20,000 euros now and apply for more later.