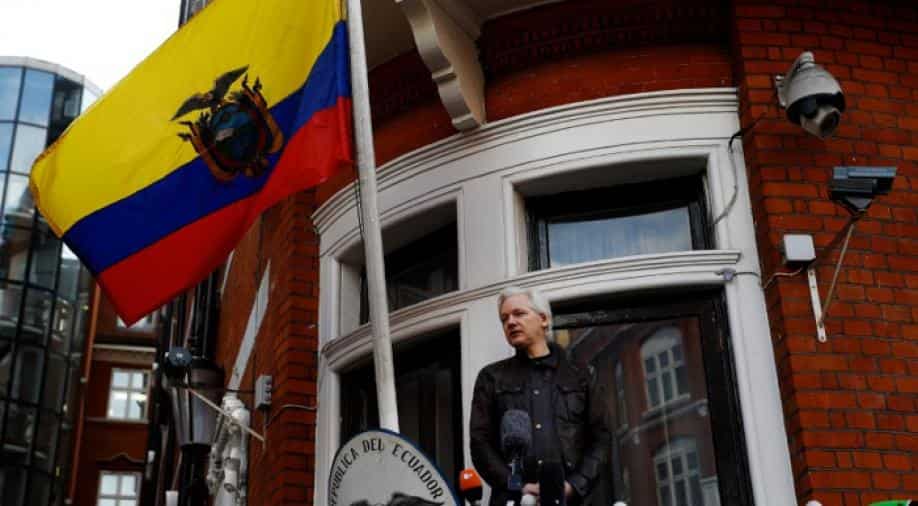 File photo: WikiLeaks founder Julian Assange is seen on the balcony of the Ecuadorian Embassy in London, Britain, May 19, 2017. Photograph:( Reuters )

Assange has been sheltering at Ecuador's London embassy for the past five years in order to evade arrest.

Ecuador's Foreign Minister Maria Fernanda Espinosa said Thursday at a press conference in Quito that Assange had been made an Ecuadorian citizen on December 12.

AFP reported that Ecuador has requested Britain to recognise Assange as a diplomat which would give him immunity from arrest, a request which Britain has refused.

Assange has always denied the sexual assault allegations against him, claiming the sex was consensual and that the case was politically motivated to get him extradited to the US over massive Wikileaks dumps of secret US military reports that year.

A United Nations panel had concluded in 2016 that Assange was under arbitrary detention. But the British government has maintained he must face justice in UK courts over his breach of bail conditions.