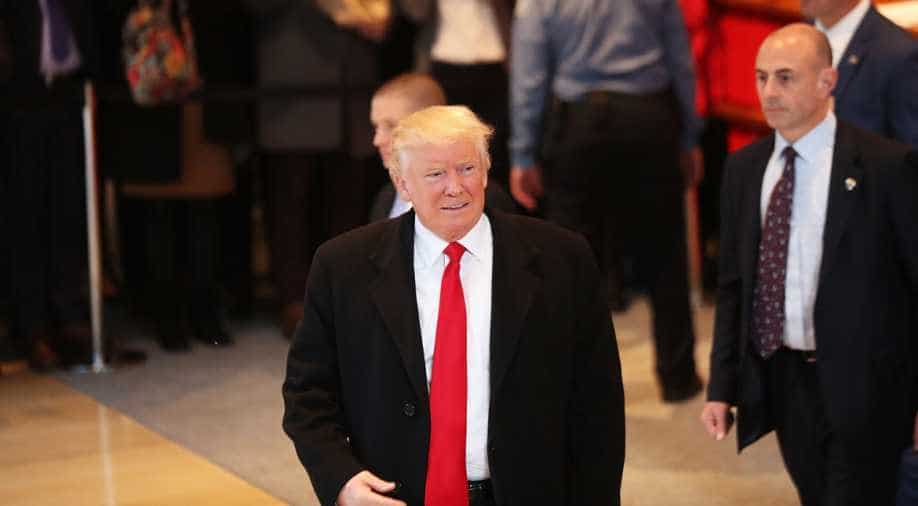 ?Trump knows that India wants peace with Pakistan,? he said, a day after the Pakistani government issued a readout of the telephonic conversation between Trump and Pakistani Prime Minister Nawaz Sharif. Photograph:( Getty )

US President-elect Donald Trump knows who is America’s “true friend” and his administration will foster constructive ties which will pay dividends on peace and prosperity in South Asia, said the Indian-American industrialist Shalabh Kumar, who, along with his family, have donated a whopping $1.1 million to the Trump campaign. Kumar was among the top 14 donors for the Trump campaign, and has since been appointed to the Transition Finance and Inauguration committee.

“President-elect Trump has said that under Trump administration, the US and India will be ‘best friends’ and that he loves the Hindu and Indian people, and particularly admires Prime Minister Narendra Modi,” said Kumar.

“Trump knows that India wants peace with Pakistan,” he said, a day after the Pakistani government issued a readout of the telephonic conversation between Trump and Pakistani Prime Minister Nawaz Sharif.

Kumar, founder and chairman of the Republican Hindu Coalition, was instrumental in bringing Trump to a Hindu-American event less than a fortnight before the elections. He said the President-elect believes that many of the people of Pakistan seek peace with their neighbours and would like to stamp out radical Islamic terror.

“Some of Pakistan’s leaders, as well, have expressed these intentions and have a wonderful relationship with India’s leaders. Trump knows who are the true friends of the US in the region,” Kumar said. “I know that President-elect Trump and the incoming administration will do everything it can to encourage these intentions and foster constructive relationships which will pay dividends on peace and prosperity in Asia and throughout the world,” he said.

“I believe that President-elect Trump would make supportive and kind statements about the Pakistani people and PM Sharif,” he said.

“President-elect Trump extends a hand in peace and friendship to all countries and all people who will deal fairly with the US and who seek a more peaceful and prosperous world. Under the administration, we will put America first, and will support alliances around the world that benefit the stability and welfare of all people,” Kumar said.