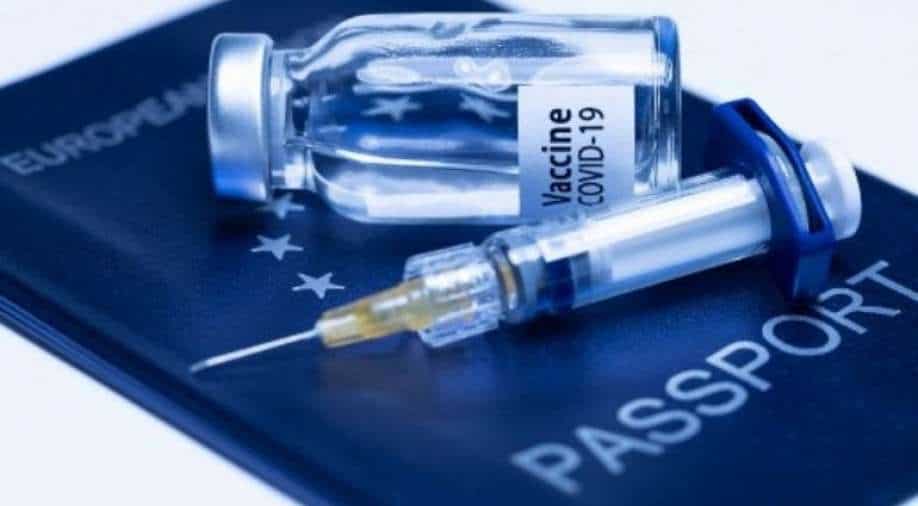 A picture taken on March 3, 2021 in Paris shows a vaccine vial reading "Covid-19 vaccine" and a syringe on an European passport. Photograph:( AFP )

Cuba on Friday approved its home-grown Abdala vaccine for emergency use, the first Latin American coronavirus jab to reach this stage and a possible lifeline for a region trying to battle a killer pandemic with modest means.

The country's CECMED health regulator gave the go-ahead after Abdala's makers last month announced the vaccine candidate was more than 92 per cent effective at preventing Covid-19 disease after three doses.

Cuba is working on five coronavirus vaccines, and in May started immunizing its population using two of them -- Abdala and Soberana 2 -- even before they received approval.

By this week, 6.8 million of Cuba's 11.2 million people have received at least one dose of either vaccine, while 1.6 million have the required three doses.

The country has not bought or sought vaccines from elsewhere and aims to immunize its population before the end of the year.

In June, the state-run BioCubaFarma laboratory said Abdala "shows the efficacy of 92.28 per cent in its three-dose scheme."

The World Health Organization has set a 50-per cent efficacy threshold for coronavirus vaccines to qualifying for an approved global roll-out, though individual countries can green-light jabs without the UN stamp for domestic use.

The CECMED said approval of Abdala was based on its analysis that it met requirements for "quality, safety and effectiveness."

And Aica Laboratories, where the vaccine is produced, said there had been "a rigorous process of evaluation of the dossier and... inspections of the plants involved."

Under American sanctions, communist Cuba has a long tradition of making its own vaccines, dating back to the 1980s.

Nearly 80 per cent of its inoculations are produced locally.

On Thursday, the Finlay Institute which makes Soberana 2 said it, too, showed efficacy exceeding 91 per cent after three doses.

Eduardo Martinez, president of BioCubaFarma, said Soberana 2 will be submitted to the regulatory authority in the coming days for its own emergency approval.

It has seen a recent spike in infections, with a new daily infection record reported Friday.

On Wednesday, authorities sent an urgent deployment of doctors and medical equipment to the province of Matanzas -- where foreign tourists have continued to visit -- after hospitals there reached capacity.

A local company has been commissioned to make more hospital beds for Matanzas and there is a social media campaign to raise donations.

Mexico, whose recorded death toll of 234,000 is the fourth-highest in the world, said Tuesday it is battling a fresh pandemic wave.

A locally produced vaccine offers a glimpse of hope for Latin America and the Caribbean, a region which the UN says has fully vaccinated just over 13.6 per cent of its population compared to 34.9 per cent in the European Union and 46.3 per cent in North America.

The region comprises a third of the world's coronavirus death toll despite representing just 8.4 per cent of the global population.

Venezuela has signed a contract to purchase 12 million doses of Abdala and has already started using the Cuban jab in its vaccination campaign.

Argentina's health minister visited the island in May to discuss a possible vaccine deal and Mexico has expressed interest.

There is no requirement for the WHO to approve such bilateral vaccine deals.

Abdala and Soberana 2 are recombinant protein vaccines that work by recreating the "spikes" on the surface of the coronavirus and introducing it to the body, training the immune system to recognize intruders and fight back in case of a real infection.

Recombinant vaccines, unlike some coronavirus shots already in use, do not need extreme refrigeration.