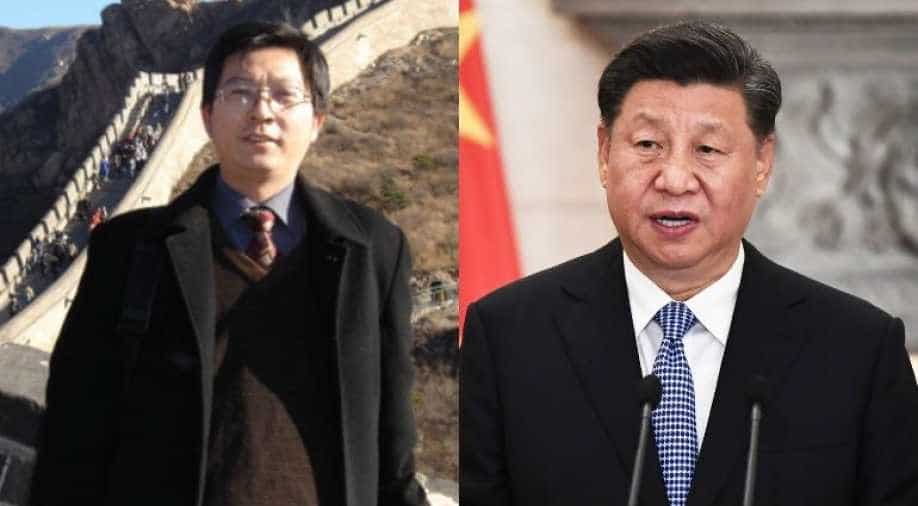 In his letter, Zhang wrote that Chinese constitution 'is a just a manual used by the ruling party to organize and run its regime'.

An outspoken Chinese constitutional scholar was detained overnight after he publicized a letter to the regime’s rubber-stamp legislature that criticized the one-party political system and proposed a transition toward a genuine democratic government.

Zhang Xuezhong, 43, was picked up from his Shanghai home by police because he shared a letter titled 'A fake constitution' which he wrote to the deputies of the National People's Congress of China. This body is expected to meet on the May 22.

In his letter, Zhang wrote that Chinese constitution ''is a just a manual used by the ruling party to organize and run its regime''.

''China has not built a modern political system in accordance with a genuine constitution. The outbreak and spread of the epidemic have been a good indication of the problem''.

''The last 70 years in which the Communist party has ruled over China, have been a complete failure not only in nation-building but also in social governance,'' he added.

To back these claims, Zhang categorically mentioned instances of the Chinese regime's strict control over the society. He questioned the lack of transparency and scrutiny, the silencing of whistleblowers, the incompetence of local governments and the human rights disaster caused by quarantine measures.

This letter was leaked on China's official social media platform We-Chat on May 9. It was widely circulated and within minutes it went viral.

Unsurprisingly, Zhang Xue-Zhong disappeared within hours. However, his friends claimed that he was ''fortunately safe''.

A major reason behind that is that Zhang himself was once a prominent member of the Communist Party of China, a position that he relinquished in 2012.

And he has been an eyesore for the chinese regime ever since...

In 2013, he was fired from his teaching position at a law university in Shanghai because he was writing articles about constitutionalism.

In 2019, his licence to practice law was revoked because he didn't stop questioning communist ideologues.

One year on, he still hasn't stopped. Zhang Xue--Zhong is one of the many dissidents in China calling for reform and his voice needs to be heard.