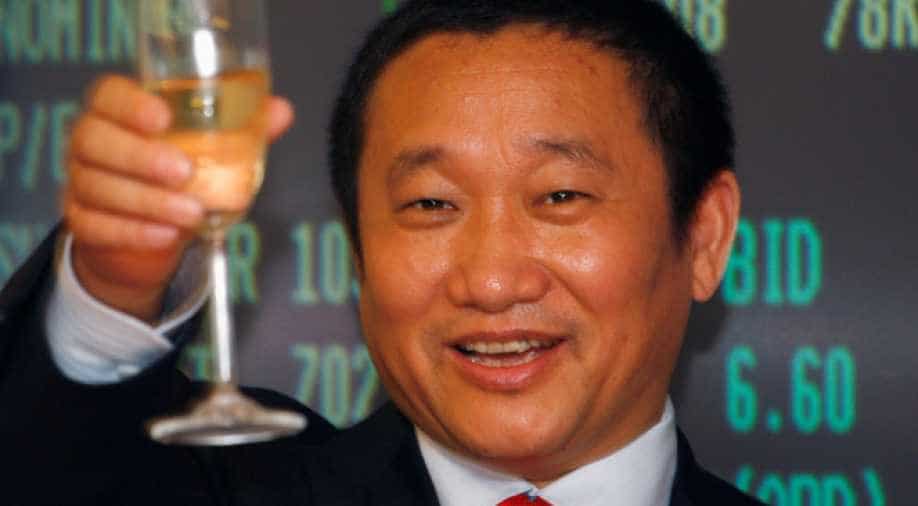 Zhongwang has previously described smuggling allegations as "misleading" and "without any factual basis."

A Chinese billionaire has been indicted by a grand jury on charges he schemed with the aluminum company he founded to evade $1.8 billion of tariffs by smuggling huge amounts of the metal into the United States, federal prosecutors said on Wednesday.

Liu Zhongtian, 55, and China Zhongwang Holdings Ltd, where he served as chairman and president, were among several defendants charged in a 24-count indictment by a Los Angeles grand jury.

The May 7 indictment had been kept under seal until late Tuesday. It came as US and Chinese negotiators resumed talks to end trade tensions between the world's two largest economies.

Neither Zhongwang or Liu, who is still the company's controlling shareholder, have received any notice of the proceedings, the company said in a statement to the Hong Kong stock exchange on Thursday.

Zhongwang has previously described smuggling allegations as "misleading" and "without any factual basis."

"The company would like to clarify that the group has always strictly abided by in its business operation the laws and regulations of the People's Republic of China and destination countries of its exported products, and has developed overseas markets under the principle of fair and orderly competition," it said in the statement to the exchange.

Liu is believed to be in China, which does not have an extradition treaty with the United States, and an arrest warrant has been drawn up, according to The Wall Street Journal. It was unclear whether Liu has a US-based lawyer. Liu and his family are worth $3.2 billion, Forbes magazine said.

Prosecutors said the alleged scheme began as early as 2008, and eventually involved efforts to escape duties imposed by the US Department of Commerce in 2011 on various types of extruded aluminum imported from China.

The indictment said companies affiliated with Liu went through ports in the Los Angeles area to import aluminum extrusions that were "tack-welded" together, to appear as finished "pallets" that were not subject to duties.

Prosecutors said Liu would then stockpile the aluminum at four southern California warehouses, and with his associates orchestrate bogus sales to companies he controlled to inflate Zhongwang's financials and make it appear more valuable.

Liu, also known as "Big Boss" and "Uncle Liu" according to the indictment, was also accused by prosecutors of running a "massive" money laundering operation involving the use of shell companies to transfer funds to Zhongwang.

US authorities said the scheme gave Liu's companies an unfair advantage over American rivals and posed other hazards.

"Our national security is jeopardized when domestic industry loses its ability to develop and supply products for US defense and critical infrastructure applications, forcing us to become dependent on unreliable imports," Joseph Macias, special agent in charge for homeland security investigations in Los Angeles, said in a statement.

Liu and several other defendants face charges of wire fraud, money laundering, passing fraudulent papers through a customhouse and conspiracy.