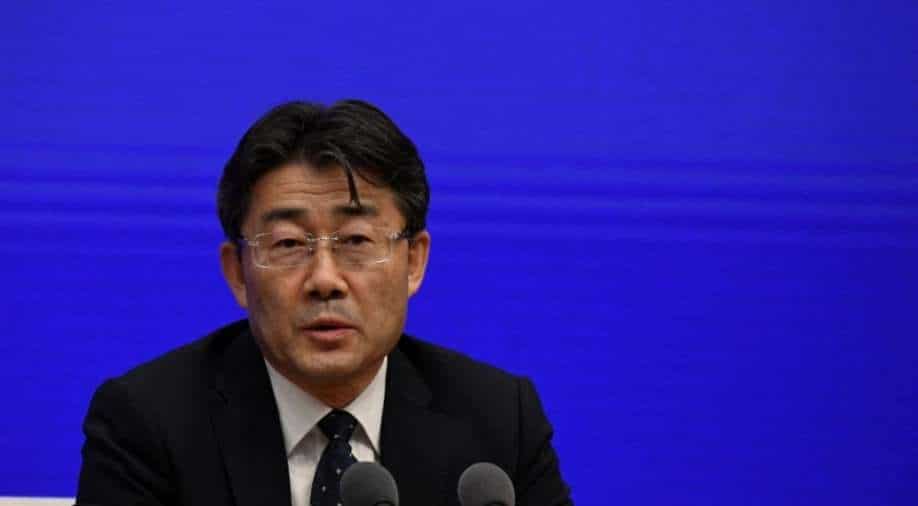 Gao Fu, head of the Chinese Centre for Disease Control and Prevention said in an interview, "I was among the first to have a domestically developed COVID-19 vaccine when I got the shot in May last year"

China's top infectious disease expert Gao Fu has said he had taken three different shots against the novel coronavirus as global debate continues on the need for extra doses to boost immunity and protect against new variants.

As the Delta variant spreads rapidly throughout the world, the prospect of a third "booster" shot is gaining interest even in nations where a large proportion of people are vaccinated.

Experts say it is too soon to know for sure if countries will need to organise a third vaccine round later in the year. Some suggest that priority should be given to hundreds of millions in the global south who have not even gotten their first jab yet.

Gao Fu, head of the Chinese Centre for Disease Control and Prevention said in an interview to state-run magazine Global People, "I was among the first to have a domestically developed COVID-19 vaccine when I got the shot in May last year.''

"I have now had three shots that used different technology and were from different manufacturers and I haven`t felt any discomfort," Fu added.

However, it is not clear why Fu took the third jab, and whether it was part of a study.

In April, Fu had called for research into mixing vaccines to try to "resolve the issue that current vaccines don`t have very high protection rates", sparking debates on low efficacy of Chinese vaccines.

Chinese scientists have been in a game of "cat and mouse" to test the efficacy of existing vaccines against new variants, Fu said.

"So far, our vaccines have worked, especially in the face of the Delta strain," Fu was quoted as saying to the magazine.

"There is a possibility that the coronavirus vaccines will become closer to being like flu vaccines" and that life could go back to normal after "a certain degree" of pandemic control is reached, he said.

Chinese drugmakers are working on updated versions of their vaccines for more transmissible COVID-19 variants like Delta.

In June, Sinovac Biotech chairman Yin Weidong last month said early-stage human trials had found that antibodies created by its vaccine had "jumped 10 to 20 times" when a third dose was given three or six months.

Globally, many countries including the United Arab Emirates, Bahrain, Turkey and Indonesia have been offering third booster shots for people who have received Sinopharm and Sinovac jabs. Israel has rolled out a third shot for vulnerable groups, while Britain has announced plans for booster jabs ahead of winter.

Meanwhile, the US Centers for Disease Control and Prevention (CDC) and the Food and Drug Administration (FDA), in a recently released joint statement on vaccine boosters, stated that people who are fully vaccinated are protected from severe illness and death, including from emerging variants such as the highly contagious Delta variant.

"FDA, CDC, and NIH (National Institutes of Health) are engaged in a science-based, rigorous process to consider whether or when a booster might be necessary," said the statement.