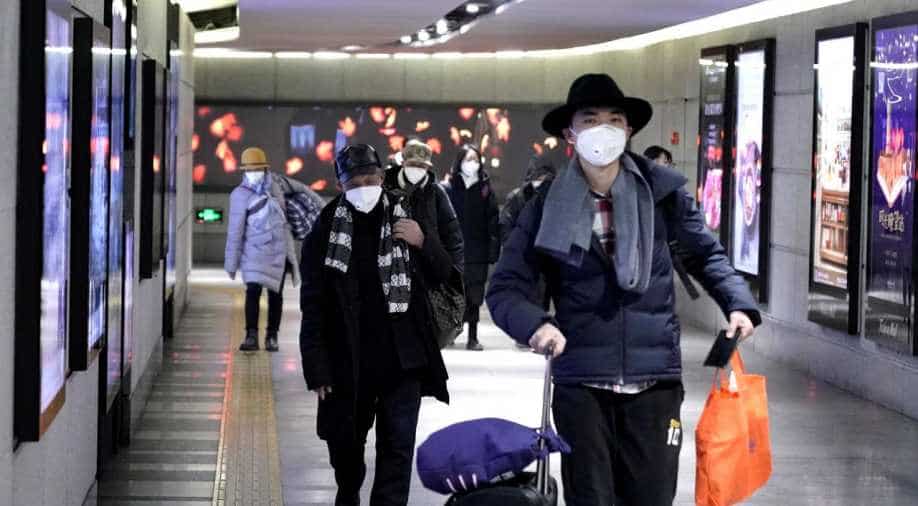 The deadly virus, which first showed signs in China's Wuhan city, has so far infected more than 3 million people globally and caused more than 2,00,000 deaths.

Global anti-China sentiment is currently at its highest -- ever since the 1989 Tiananmen Square crackdown, an internal report has warned.

The report, as quoted by Reuters, further warns that China faces a rising wave of hostility in the wake of the coronavirus outbreak that could tip relations with the United States into confrontation.

The deadly virus, which first showed signs in China's Wuhan city, has so far infected more than 3 million people globally and caused more than 2,00,000 deaths.

The said Chinese report was presented early last month by the Ministry of State Security to top Beijing leaders including President Xi Jinping.

It says China needs to be prepared in a worst-case scenario for armed confrontation with the United States.

The report was drawn up by the China Institutes of Contemporary International Relations (CICIR), a think tank affiliated with the Ministry of State Security, China’s top intelligence body.

Relations between China and the United States are being seen to be at their worst point in decades. Having started with deepening mistrust and friction points from US allegations of unfair trade and technology practices to disputes over Hong Kong, Taiwan and contested territories in the South China Sea, the US-China relations have nosedived into an abyss.

The coronavirus has claimed tens of thousands of American lives and ravaged the US economy.

US President Donald Trump has since been ramping up his criticism of Beijing and threatening new tariffs on China. His administration, meanwhile, is considering retaliatory measures against China over the outbreak.

Inversely, it is widely believed in Beijing that the United States wants to contain a rising China, which has become more assertive globally as its economy has grown.

To this end, the paper concluded that Washington views China’s rise as an economic and national security threat and a challenge to Western democracies, the people said. The report also said the United States was aiming to undercut the ruling Communist Party by undermining public confidence.

Also read | COVID-19: US intelligence community's statement may have given China a huge propaganda victory

Reuters said the report looks like the 'Novikov Telegram', a 1946 dispatch by the Soviet ambassador to Washington, Nikolai Novikov, that stressed the dangers of US economic and military ambition in the wake of World War II. It said the Soviet Union did not see the possibility for peaceful coexistence with the West, and that containment was the best long-term strategy. The two documents helped set the stage for the strategic thinking that defined both sides of the Cold War.

China has been trying to assert a leading role in the global battle against COVID-19. That has included a propaganda push around its donations and sale of medical supplies to the United States and other countries and sharing of expertise.

But it also faces a growing backlash from critics who have called to hold Beijing accountable for its role in the pandemic.

Trump has said he would cut off funding for the World Health Organisation (WHO), which he called “very China-centric,” something the officials have denied.

Australia’s government has called for an international investigation into the origins and spread of the virus.

Last month, France summoned China’s ambassador to protest a publication on the website of China’s embassy that criticised Western handling of coronavirus.

The report suggests the anti-China sentiment could fuel resistance to China’s Belt and Road infrastructure investment projects, and that Washington could step up financial and military support for regional allies, making the security situation in Asia more volatile.

A reaction similar to that of the aftermath of Tiananmen seems unlikely though -- as China is far more powerful nowadays. Back then, many Western governments had imposed sanctions against China including banning or restricting arms sales and technology transfers.