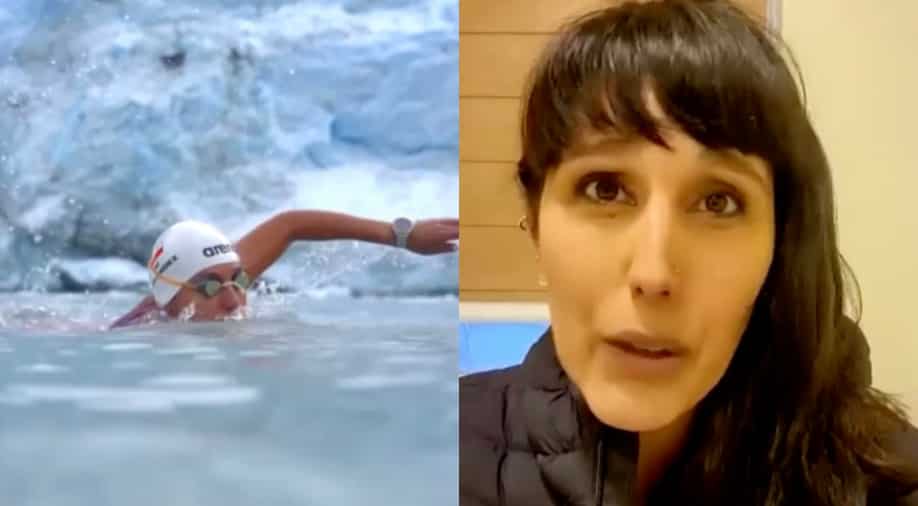 The 36-year-old psychologist and swimmer, who is also known as ‘the ice mermaid’, said she wants all Chileans to feel as if her achievement was theirs. Hernandez broke the Guinness record by swimming one nautical mile in 15 minutes and three seconds in February.

Chilean swimmer Barbara Hernandez announced on Tuesday that she had received a Guinness world record after swimming between the Pacific and Atlantic Oceans in Cabo de Hornos, in southern Chile. Hernandez broke the Guinness record by swimming one nautical mile in 15 minutes and three seconds in February.

The World Open Water Swimming Association also awarded her for being the first person to ever swim three nautical miles (5,500 metres) between both Oceans.

Hernandez says, “There have been very nice emotions because becoming a swimmer had been my dream since I was a girl. My grandfather is in this story as well because he died just after I finished this swim. My family is my engine, they’re the most important people in my life. So sharing this swim with my family and mainly with people I want to make an open call to dream big, to know that literally from the end of the world we can do things that will impact other people’s lives, that will motivate us to give our best. To dream and to build those dreams above everything else.”

The 36-year-old psychologist and swimmer, who is also known as ‘the ice mermaid’, said she wants all Chileans to feel as if her achievement was theirs.

“The main obstacles or adversities were first the water temperature. It’s very cold, it’s around seven or eight degrees Celsius (44.6 to 46.4 degrees Fahrenheit). It’s also a distance that at that location had never been swum by a woman or a man. That made us be extra careful with things such as hypothermia, which can be severe. We wanted to work under the best conditions in a very inhospitable environment,” she added.

During her feat, Hernandez was monitored closely by the Chilean Navy. She wasn't allowed to receive assistance, stop to rest or even wear a neoprene suit.