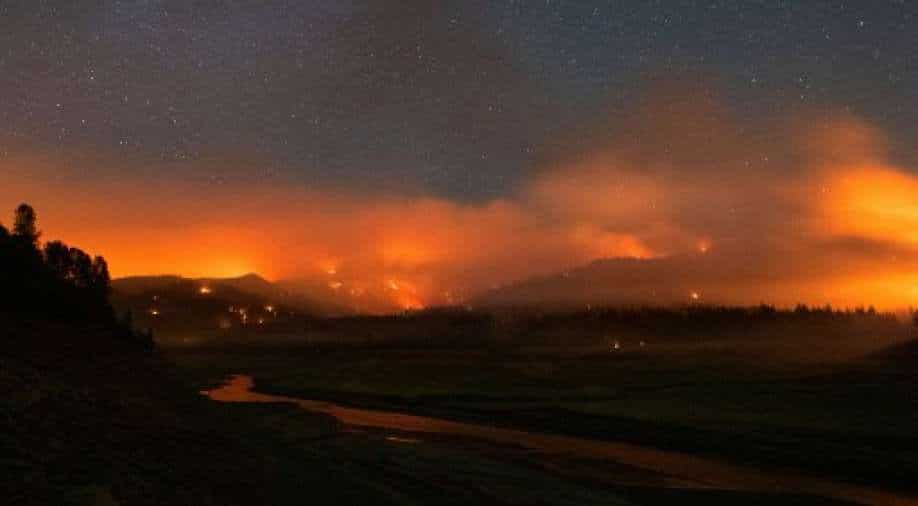 As per the National Park Service, a shift in the weather fanned flames in the Sequoia national park in the Sierra Nevada on Friday

Two lightning-sparked wildfires in California have now merged and made a run to the edge of a grove of ancient sequoias. This happened as they tried to protect the world’s largest tree by wrapping its base in protective foil.

As per the National Park Service, a shift in the weather fanned flames in the Sequoia national park in the Sierra Nevada on Friday.

The flames reached the westernmost tip of the Giant Forest, where it scorched a grouping of sequoias known as the Four Guardsmen. This further led to entrance to the grove of 2,000 sequoias.

Also read | US panel recommends Pfizer's Covid booster shot for 65 and above, rejects for 16 year-olds

The firefighters wrapped the base of the General Sherman tree in fire-resistant aluminium of the type used in wild land firefighter emergency shelters and to protect historic wooden buildings.

Fire spokeswoman Katy Hooper said that it was not immediately known how the Four guardsmen, which received the same treatment.

According to the National Park Service, the General Sherman Tree is the largest in the world by volume, at 52,508 cubic ft. It is 275ft high and has a circumference of 103ft at ground level.