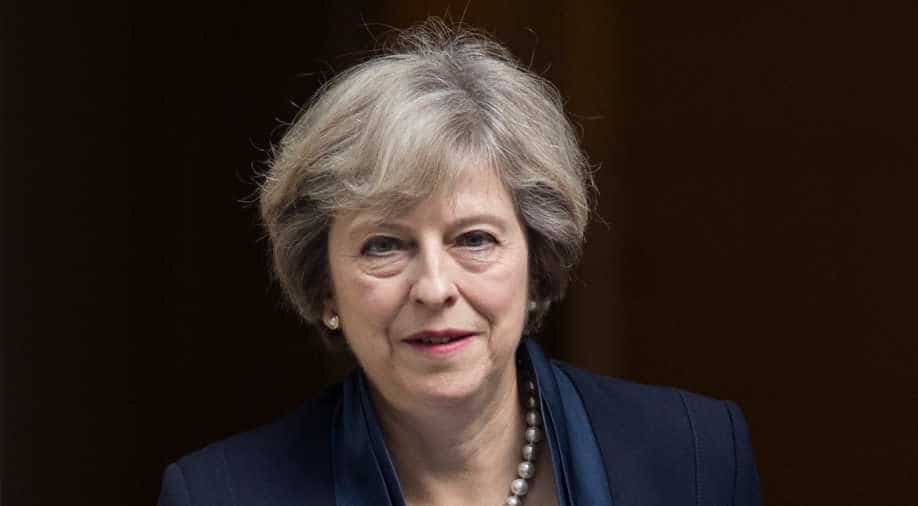 May, accompanied by trade ministers and around 40 business representatives will address a technology summit, have a working lunch with Indian Prime Minister Narendra Modi and meet businesses. Photograph:( Getty )

British Prime Minister Theresa May's three-day visit to India will begin Sunday night in an attempt to strengthen trade ties with the country in her first bilateral trade trip since taking office.

May's office said the visit would focus on breaking down barriers to trade and investment and paving the way for a free trade deal as soon as possible after Brexit, news agency Reuters reported.

"It matters now more than ever. India is the fastest-growing major economy," an Indian government official said, explaining why India was chosen.

"One of our most important and closest friends has to be India, a leading power in the world, with whom we share so much history, culture and so may values, and which is led by a Prime Minister who is undertaking a far-reaching programme of reform," May wrote in an article published in the Sunday Telegraph.

"This is a partnership about our shared security and shared prosperity. It is a partnership of potential. And on this visit I intend to harness that potential, rebooting an age-old relationship," she said in a statement ahead of the visit, reported Reuters.

The British premier will meet with Prime Minister Narendra Modi tomorrow. May, accompanied by trade ministers Liam Fox and Greg Hands and around 40 business representatives mainly from small- and medium-sized technology and healthcare firms, will address a technology summit, have a working lunch with Indian Prime Minister Narendra Modi and meet businesses, Reuters said.

"I will be using this visit to reaffirm the importance of the strategic partnership we already have, which delivers huge benefits for both our countries, and to work with Prime Minister Modi to agree concrete steps to realise our shared vision of going even further in our cooperation across trade, investment, defence and security," said the 60-year-old leader of the conservative party, Press Trust of India reported.

Britain cannot sign trade deals with third countries until it exits from the European Union. However, the government is keen to hold preparatory discussions.

"There is a great deal we can do right now to break down barriers to trade, open up new markets for British businesses and prepare the ground for ambitious free trade agreements once we have left the EU," May said.

A British official refuted the arguement that Britain can sign deals only if it leaves the EU.

"Turkey is in the customs union but has trade agreements with third countries," the official said.

May will visit New Delhi and Bengaluru during her visit. A total of 1,370 jobs in the UK are expected to be created through the commercial deals signed during the trip, may's office said.

Turkey has free trade agreements with 18 countries including in Asia, north Africa and South America, while another 12 including Japan and Mexico are actively under discussion, according to the Turkish economy ministry website, reported Reuters.