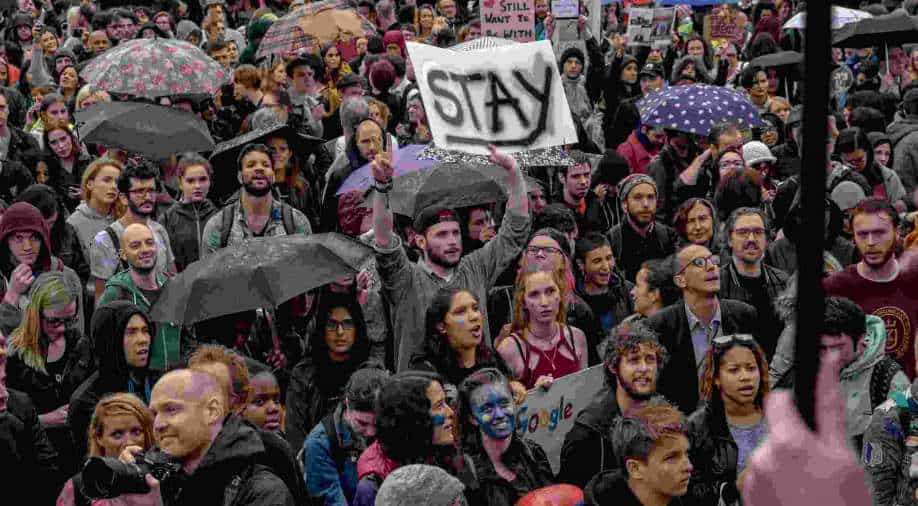 As part of the announcement, Prime Minister Boris Johnson said that Britain would withdraw from Erasmus, citing its high costs.

After his university in Scotland shut down in the spring because of the coronavirus, forcing him to study online from home, Jack Boag kept up his spirits by dreaming of what awaited him in the coming academic year: a semester abroad at the University of Amsterdam.

But his hopes of participating in the European Union-wide student exchange program known as Erasmus were dashed last week after Britain and Europe finally reached a Brexit deal. As part of the announcement, Prime Minister Boris Johnson said that Britain would withdraw from Erasmus, citing its high costs.

“For me, Erasmus was the most direct benefit of European cooperation,” said Boag, a 20-year-old history and international relations student at the University of Aberdeen. “That’s gone.”

For many young people in Britain, the decision to withdraw from Erasmus is just the most recent step in a steady erosion of such possibilities since the country voted in 2016 to leave the European Union. Once able to study and work anywhere in the European Union without a visa, young Britons will now be treated like people from any other country outside the bloc when it comes to applying for educational programs — or jobs.

The withdrawal is also a blow for Britain’s vaunted universities, a powerful symbol of its soft power in Europe and around the world, and an important source of income for the country. Britain remains second only to the United States as a destination for international students, but leaving Erasmus could deter many EU students who might have used the program as a pathway to a British education.

While this may not affect renowned institutions like Oxford or Cambridge, scores of lesser-known universities could suffer a blow.

Many young people and academics had hoped that Britain would remain part of Erasmus under a status that allows the participation of nonmember states like Turkey and Norway. Johnson said in January that there was “no threat to the Erasmus scheme.

So his announcement Thursday sent shock waves through universities, angered diplomats, and upset British students and professors who have benefited from the program.

“There will be a relative loss of income for British universities, but from a diplomatic and ambassadorial point of view, the loss is invaluable,” said Seán Hand, the vice president in charge of Europe at the University of Warwick, the second-largest source of Erasmus students from Britain.

Britain’s departure from Erasmus, one of the most popular programs in the European Union, may be one of the starkest signs of its divorce from the bloc, a clear signal of its vision for its future relationship with its former partners.

“Erasmus opens people’s horizons and broadens their conceiving of the world,” said John O’Brennan, a professor of European studies at the University of Maynooth in Ireland, where he leads a European integration program financed by Erasmus. “If that’s not the embodiment of the European ideal, I don’t know what it is.”

While exchanges will still be possible between British and European universities through bilateral agreements, British students will not benefit from the monthly grants supplied by Erasmus, now officially known as Erasmus+. It will also be harder for academics and teachers to train or teach abroad.

Students and academics who have secured funds before the Brexit transition period ends on Dec. 31 will be able to go abroad until the end of the 2021-22 academic year, according to Universities U.K., a representative group for the country’s academic institutions.

Since its introduction in 1987, Erasmus has sent millions of people abroad for study exchanges, work placements or traineeships. About 200,000 students participate in the program every year. Alumni often speak fondly of the experience, which they see as the most tangible form of European integration: a way to discover new cultures, study other languages, and make lifelong connections.

“Erasmus is not only the student exchange program it’s known for, it’s also embedded in how the European Union thinks about confronting unemployment and mobility,” said Paul James Cardwell, a law professor at the University of Strathclyde in Glasgow who participated in the program in the 1990s.

In Britain, half of the students who study abroad do so through Erasmus. For many, it has shaped personal paths and provided an accessible way to feel connected to mainland Europe.

Ben Munster, a 25-year-old British freelance writer who studied in Italy in 2015 and has since moved to Rome, called Erasmus the “purest and most vivid expression of the Schengen dream,” referring to the EU’s passport-free travel zone.

Natalia Barbour, a 22-year-old international communications student at the University of Glasgow who studied in Amsterdam for a semester, said she had wanted to participate since she was in high school. “It makes the university experience more exciting,” she said.

“Everyone wins from it, including professors,” said Mark Berry, a professor in music history at Royal Holloway University of London, who taught in the Netherlands through Erasmus in 2015. “I’d wish I had done more of that when it was still possible.”

In 2019, Britain welcomed more than 30,000 students and trainees through the program.

“So many students come to Britain and go home with a positive experience,” said Cardwell, the University of Strathclyde professor. “It’s such a strong aspect of Britain’s soft power.”

British lawmakers who supported staying in the program wrote in a report last year that opting out would disproportionately affect people from disadvantaged backgrounds and those with medical needs or disabilities.

They also warned that it would be difficult to replace it.

Under the current 2014-20 Erasmus+ program, Britain has contributed around 1.8 billion euros ($2.2 billion) and has received 1 billion euros, according to the Department for Education.

Johnson said last week that a program named after mathematician Alan Turing would replace Erasmus+ and that it would allow students “to go to the best universities in the world.” Starting in September 2021, it will provide funding for around 35,000 students to study abroad, at an annual cost of 100 million pounds. British professors and students from foreign universities would not be eligible for the program.

Britain, however, will still receive funding from the EU’s research and innovation program, Horizon 2020, of which it is the second largest recipient.

Universities U.K. welcomed the Turing program, but other experts called the move shortsighted.

“This will be felt in 20 years,” O’Brennan of the University of Maynooth said. “Britain has miscalculated what it receives from this program.”

Many universities have said they would keep close ties with Europe.

“European universities don’t want the link to be broken, for them it’s very important that their students keep coming to Britain,” said Hand, at the University of Warwick.

For British alumni of the program, the end of Erasmus marked the end of an era — one when they could not only study abroad easily, but also travel across Spain, learn to ski in Austria, or dance at a festival in Denmark.

“That’s what Erasmus is about: It taught me how to appreciate wine and cheese, how to take the time to socialize through hourslong lunches,” said Katy Jones, a 28-year-old who went to France as an Erasmus student and runs an English-language program in Lyon.

Boag, the student in Aberdeen, who is in the third year of a four-year program, said he hoped to apply to postgraduate programs in continental Europe, but that he worried about additional hurdles that have yet to be made clear.

“For Erasmus and so many other things, Brexit is a Pandora’s box,” he said. “We don’t know what’s inside yet, because we’ve just opened it.”