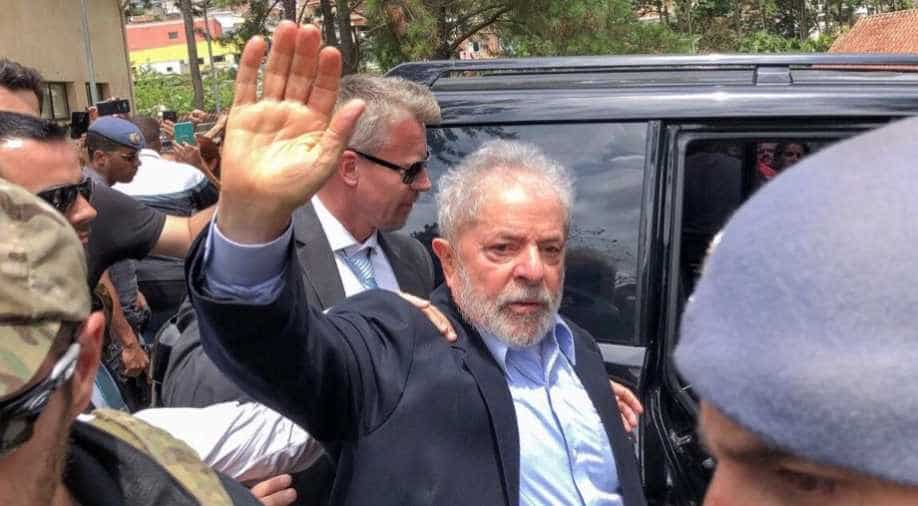 The decision means thousands of convicts could be released from prison, including Lula, who is among dozens of political and business leaders caught up in a sprawling corruption probe.

The decision means thousands of convicts could be released from prison, including Lula, who is among dozens of political and business leaders caught up in a sprawling corruption probe.

They would remain free until they had exhausted their rights to appeal their conviction -- a process critics say could take years in cases involving people with deep pockets.

Lula's lawyers said they would seek the "immediate release" of the former president after speaking to him on Friday.

"Lula has not done anything wrong and is a victim of 'lawfare,' which in the case of the ex-president is the strategic use of the law for the purpose of political persecution," his legal team said in a statement.

The 6-5 decision to overturn the three-year-old ruling is a major setback for investigators in the so-called Car Wash probe, which is supported by many ordinary Brazilians fed up with corrupt leaders.

In a statement, the Car Wash task force said the ruling was "inconsistent" with the fight against corruption.

While the court's decision would impact their work, the investigators vowed to continue to "pursue justice."

Courts will now need to review the cases of nearly 5,000 convicts.

The Supreme Court decision is unlikely to apply to inmates convicted of violent crimes.

Luis Roberto Barroso, one of the 11 justices, voted against changing the original decision, arguing: "The system is very hard on the poor and very meek on the rich."

But fellow judge Marco Aurelio Mello warned of the risk for judicial errors. "It is impossible to return the lost freedom to a citizen," he said.

"We will continue to fight for justice... The truth will win."

Lula, a popular leftist leader jailed in April 2018, is serving eight years and 10 months for corruption.

He has been held at the federal police headquarters in the southern city of Curitiba.

Lula, 74, was sentenced to almost 13 years in jail in February in a separate corruption case and still faces another half dozen corruption trials.

He has denied all the charges, arguing they were politically motivated to keep him out of the 2018 presidential election that he was tipped to win.

Far-right President Jair Bolsonaro, who ultimately won, said during his campaign that he hoped Lula would "rot in prison."

If he is freed, Lula's criminal record will prevent him from resuming his political career.

That could change, however, if the Supreme Court were to decide in a separate case that Justice Minister Sergio Moro, who convicted Lula when he was a judge in 2017, had been biased.

Moro, who joined Bolsonaro's cabinet in January, has faced calls for his resignation over leaked chats purportedly showing he worked with Car Wash prosecutors to keep Lula out of last year's presidential race.

Moro has denied any wrongdoing and accused criminals of hacking the messages with the aim of overturning convictions resulting from the investigation, which began in 2014.

But the chats published by The Intercept website eroded the probe's credibility.