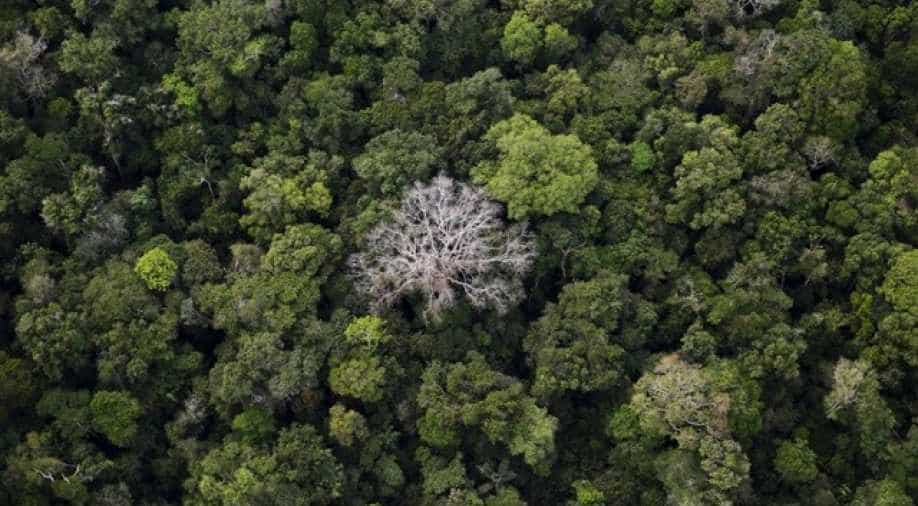 The rapid rise in deforestation has triggered a global outcry and threatens to create problems for the recent free trade agreement between the South American Mercosur trade bloc, which includes Brazil and the European Union.

Brazil's environment minister said on Tuesday data showing surging deforestation in the Amazon was "sensationalist," as the government faces scrutiny over the destruction of the rainforest seen as vital to combating climate change.

Around 2,254 square kilometres (870 square miles) of the Amazon were cleared in July, an increase of 278 per cent from a year ago, according to the embattled National Institute for Space Research (INPE).

That follows a 90 per cent increase in June compared to the year prior -- figures far-right President Jair Bolsonaro has called "lies" and which prompted Friday's sacking of INPE chief Ricardo Galvao.

The rapid rise in deforestation has triggered a global outcry and threatens to create problems for the recent free trade agreement between the South American Mercosur trade bloc, which includes Brazil and the European Union.

The Amazon is vital to the exchange of oxygen for carbon dioxide in the atmosphere -- a check on global warming.

But Environment Minister Ricardo Salles said Wednesday that the INPE data was published in a way that satisfied "sensationalist interpretations" and was aimed at getting "more donations from foreign NGOs".

While the government admits deforestation has increased, it insists it is not as great as indicated by INPE, an agency of international repute.

The government's rejection of the figures and sacking of Galvao, who has been replaced by a military official, has angered environmental groups.

"The government is fighting with the numbers, trying to change the reality of what is happening in the forest," said Carlos Rittl, director of the Brazilian Climate Observatory.

Since taking power in January, Bolsonaro has been accused of harming the Amazon and indigenous tribes in order to benefit his supporters in the logging, mining and farming industries.

The front cover of last week's Economist magazine declared "Deathwatch for the Amazon," warning the forest was "perilously close to a tipping point."

European leaders have been vocal in their criticism of the government's environmental policies.

But Salles said he would show "what Brazil really is" when he tours Europe in September. He said the government has a "feasible plan" to fight deforestation.

The city where cyclists are unwelcome